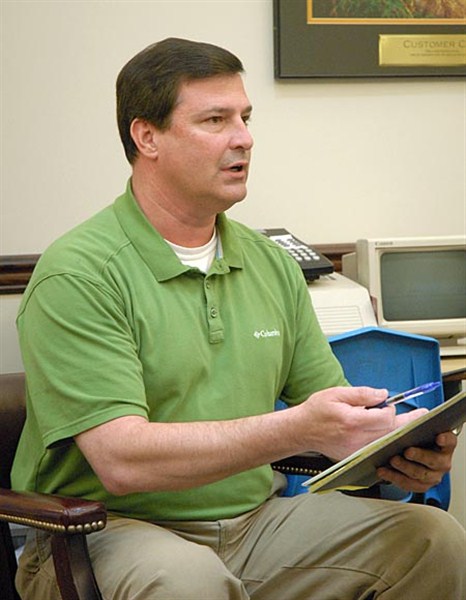 
WATER VALLEY – The price of a school lunch is going up fifteen cents next year for students who pay for their meals.
The increase is necessitated in order to meet a federal regulation that requires paying students to be charged the “reimbursement rate” (about $2.64) within four years, according to Mike Robertson, Food Service Administrator.
School board trustees voted Monday night to raise the paid lunch price from $1.85 to $2 for the less than 30 percent of students who pay for their lunch.
Reduced rate lunches will not be affected, Robertson said.
About 72 percent of the district’s students receive free or reduced rate lunches.
Robertson added that incremental increases will take place over the next four years as part of a phased approach to get up to the reimbursement rate.
The new food service head also asked trustees to adopt a proposal to adjust salaries in his department to put the pay scales more in line with the jobs being performed. “Right now I have a cashier making more than a manager,” he said. “It just didn’t make business sense.”
The proposed salary changes will amount to an average pay increase of about four percent. For the current school year, $136,000 was budged for salaries. The changes will add $4,964 to that amount for the next school year.
School Board President Lamar Burgess acknowledged that some district employees have very important work to do, but are very poorly paid.
Trustee Casey Washing-ton added, “We have a high expectation of our entire district. We need to compensate our people for what we are asking of them.”
After voting to approve Robertson’s proposals, the board began a discussion of the new salary scales for other district employees.
Superintendent Kim Chrestman noted that teacher salaries will remain the same. He added that he was recommending increases for principals and assistant principals and the board had requested “taking a look” at the salaries of assistant teachers.
District Business Manager Randy Goodwin walked the board through some of the proposals that include a five percent raise for assistant teachers, special education facilitators, secretarial staff, music instructor and career center technician. The total costs with benefits for everyone affected would be $33,588, he said.
Trustee Pierce Epes asked how long it had been since the assistant teachers received a pay increase and if the proposal is in line with what other schools are paying.
“Fairly close,” answered Chrestman. “We’re catching up. State has not provided any raises.”
The superintendent went on to predict that state officials will look at raising teacher and assistant teacher salaries next year. “It’s an election year,” he said, getting a laugh from board members.
Currently, the state starting salary for a teacher is $30,900 per year. State employees have not received a pay raise since 2007.
After discussion, board members approved the proposed 2013-2014 salary rates minus the assistant teacher rates, which will be reexamined by school officials and presented at the next meeting.


Sixth grade Challenge students at Davidson Elementary School enjoyed attorney Daniel Martin of Water Valley as their most recent guest speaker as part of their career topic curriculum.  Students learned the steps to becoming a lawyer including the application process for law school.  He shared his personal experiences concerning the rigor of the program.  Students also learned about many opportunities a law degree offers.  Mr. Martin also spoke on the importance of good character, leadership skills, and personal presentation.  Students were left with many positive suggestions that will enhance their lives as well as their community.

First graders enjoyed their annual zoo trip.  Kindergarteners had a great trip to the fish hatchery.  Also, for a PBIS incentive for April—Bouncee houses for students who have not had an office visit for the month.  MCT testing starts next week.

WVHS is in full testing mode having completed the C-PAS, 8th grade science and U.S. History re-test with SATP being administered this week and MCT next week.  Many students have participated in our Power Link Wednesdays over the past few weeks and we are hopeful that many of them will see results from their extra effort.

Water Valley Baseball is at Independence today taking on the Wildcats in a best of 3 series.  Blue Devils lost the first game of the series 3-0 Saturday at Water Valley.  A series win propels the Blue Devils into the 3rd round this weekend.

The Drama Club production was a success on Thursday and Friday evening of last week.  Thanks to everyone who participated and came out to support the students and enjoy the show.

Blue Devil Track continues to rack up accolades with several students participating in the North Half this past weekend.  Several students advanced to the North Half with first place finishes in the regionals last Monday.  Region Champions were Justin McCammon in the Shot Put, E.J. Bounds in the Triple Jump, and Jarard Williams in the Long Jump.  Congratulations to these young men and all other qualifiers for North Half.  We look to have great success at the state level this coming weekend.

The Junior High Blue Devil football team went 1-1 in the Jamboree at Calhoun City defeating Charleston 16-0 and losing out to Calhoun City 22-6.

Juniors will take the ASVAB next Tuesday at First Baptist Church and will then travel to Oxford to view “The Great Gatsby.”  The ASVAB results will be used in a unit during senior English during the fall semester and most WVHS students read “Gatsby” at some point during the high school years.  Thanks to Ms. Koshenina for coordinating this learning activity.

Athletic Awards Day will be on Thursday, May 16 at the WVHS gymnasium.  All sports will be featured as coaches recognize student athletes for their athletic success during the school year.  The program is at 1:15 and parents are invited to attend.

The Blue Devil Spring Game will be at Bobby Clark Field on Friday, May 17 at 6:00 p.m.  Come out and enjoy Blue Devil Football as we close out the school year.

Thanks to Ms. Dawn Edwards and parents throughout the community for providing snacks for teachers this past Thursday for Teacher Appreciation Day.  Teachers reported enjoying all the goodies very much throughout the day and want to thank all parents for this nice gesture at this very busy time of the school year.