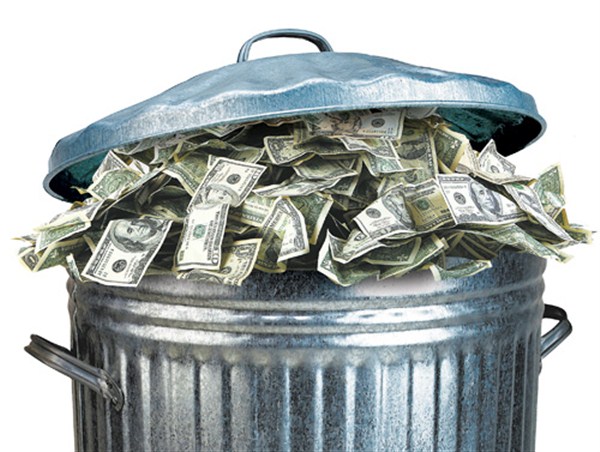 
WATER VALLEY – The staggering list of garbage customers who have delinquent garbage bills in Yalobusha County has again attracted the attention of county officials.
In a meeting last month, supervisors agreed to expand collection methods to include filing a civil lawsuit in justice court,  placing a lien on the landowner’s land or filing a lis pendens notice in the land records against the land owner. The three options identified in Mississippi law are included in a notice to citizens of Yalobusha County (see Page 12) that is published in the North Mississippi Herald and Coffeeville Courier.
The notice also lists a fourth option, placing a hold on a car tag, which the county currently utilizes. The county has longed flagged tags for garbage customers who are over 90 days delinquent. Once the tag is flagged, it cannot be renewed until the garbage bill is paid in full.
The move marks the latest attempt in an ongoing battle to collect past due garbage bills on a list that tallies almost a quarter-million dollars. Under a state law that went into effect in 1993, Yalobusha County is required to provide curbside garbage pickup. Unlike other utilities or services, the county cannot cancel garbage service when the bill isn’t paid. This means some customers have monthly bills that continue to accumulate to hundreds and sometimes  thousands of dollars.
“We could be paying $9 per month instead of $13 if these people were paying. I am just amazed at some of these people,” Board Attorney John Crow told supervisors.
The collection options not only pertain to the actual generator of the garbage, but also the land owner.

Collection Methods
In a formal vote at the April meeting, supervisors voted unanimously to employ Crow Martin LLC to pursue possible civil action as one option.
Crow explained that he will use a law student to perform much of the work in an attempt to keep legal fees to a minimum. He explained that preliminary casing will be performed to make sure the delinquent customer has the ability to pay to make sure the county doesn’t get struck with court fees.
He also explained that the legal fees will be added to the past due garbage bill.
Another option, a lien is described in the legal notice as the levy of the fee as a special assessment against the land entered on the tax roll and collected by the tax collector at the time the collector collects the county ad valorem taxes on the land.
The legal notice also describes a lis pendens notice, which may be filed in the land records of Yalobusha County against the landowner. This may affect the title to the property of the landowner and is is a type of written notice indicating that a lawsuit has been filed concerning a particular piece of real estate.   The notice informs a buyer or lender that there is an outstanding legal claim on the property that still needs to be resolved.

Similar Steps Taken Across State
Yalobusha is not the only county facing the dilemma, as Adams County supervisors made a similar decision in March to pursue their worst offenders in justice court, according to a story in the Natchez County Democrat. Adams County has almost $2 million in unpaid garbage bills and will target customers owing $2,000 or more.
Also in March, Clay County supervisors agreed to place a lien on property if the owners of the properties have failed in the last four years to make a payment on their solid waste account, according to a story in the Daily Times Leader.