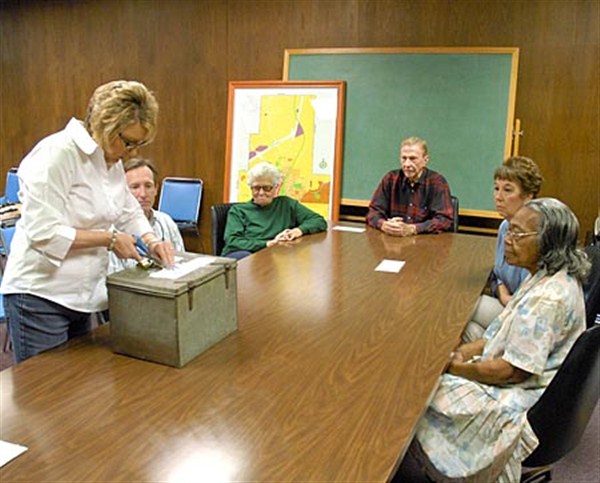 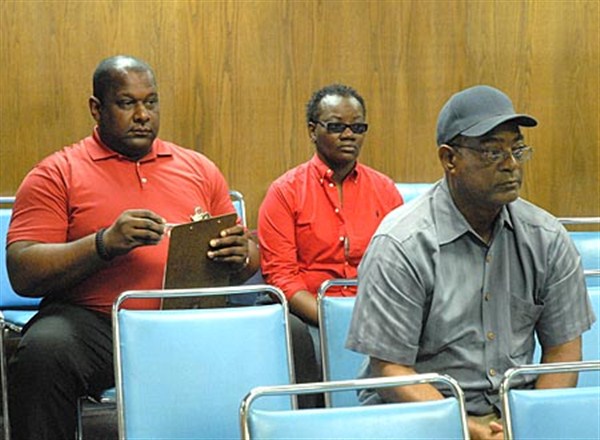 
WATER VALLEY – Ray Hawkins defeated incumbent Ward 2 Alderman Fred White for the only challenged position on the ballot in the Democratic Primary Election Tuesday, May 7.
At the end of the day’s voting, Hawkins led White, 57-53, with 13 affidavit ballots to be examined by the Democratic Executive Committee on Wednesday.
That committee met at 10:30 a.m. with members Keith River, Dolly Henderson, Mim Carpenter, Patsy Humphreys and Chairman Melvin Ford present.
They examined the affidavit ballots and ruled that eight were valid being from voters who live in Ward Two. Subsequently, one of those eight was rejected unanimously because the voter’s intentions were not clear.
Of the remaining seven, six were for Hawkins and one was for White. The final vote was 63 for Hawkins and 54 for White for a total of 117 votes cast out of a possible 469 registered voters in Ward Two.
When the final results were announced White congratulated Hawkins and they shook hands.
Hawkins, a life-long city resident and currently assistant chief of police for the University of Mississippi, served two-terms on the Water Valley School District Board of Trustees. He will take office July 1.
Because there are no challengers in the Mayor’s race or for the other aldermen’s positions, there will not have to be a General Election in June.
The results still have to be certified by the Democratic Executive Committee and reported to the state, according to City Clerk Vivian Snider.
Even though there will not have to be a General Election, she added, the Municipal Election Committee will have to certify Ward Four Larry Bell, who is running unopposed as an independent candidate.