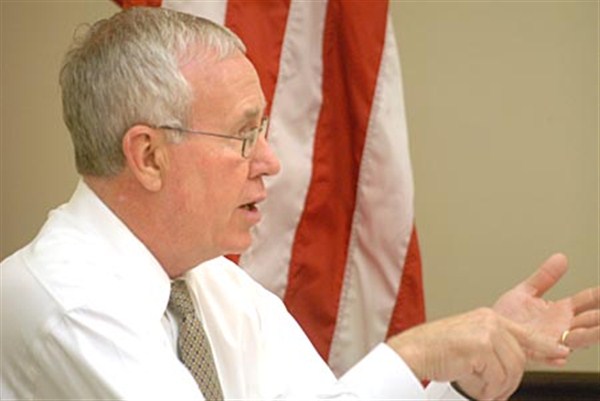 WATER VALLEY – The school district has adopted a child abuse reporting policy to establish proper protocol for handling incidents of  child abuse and neglect.
Superintendent Kim Chrestman said that he had discussed the matter with Sandra Bennett of the Department of Human Services and she had helped him draft the policy.
Chrestman explained to school board members May 20 that the policy states the laws regarding child abuse as well as who is responsible for reporting incidents.
The superintendent emphasized that anyone employed within the district is required to report what they believe is child abuse or neglect. The incidents, he added, can be reported to the school counselor Brandy Vollbracht.
Any incident reported to Vollbracht has to be reported to DHS, according to Chrestman. He noted that DHS officials would rather have a lot of calls than to have an incident go unnoticed.
He said that the policy specifies that school officials should not question the youngster about the allegations. “We need to report the abuse and let DHS do the investigation. We really don’t need to get in on the interviewing and the questioning.”
Among other actions at the May 20 meeting, the board of trustees:
• Approved the proposed assistant teachers’ salaries taken under advisement at the May 6 meeting.
Trustee Casey Washington said that he appreciated the background work done by Chrestman and District Business Manager Randy Goodwin.
• Adopted a staff development plan.
Chrestman explained that the district did not have a plan that was board approved on file and one was needed.
•Accepted the $7500 donation from BorgWarner that addresses two goals of the district’s strategic plan; technology and culture and climate.
•Approved the GED option program for the 2013-2014 school year.
• Heard the district financial report and paid claims.
Goodwin told trustees that the fund balance in the district maintenance fund as of April 30 was $2,304,410.85.
Goodwin said that he would let the trustees know at the next meeting when the public hearing on the school budget will be.
Posted in Top Stories