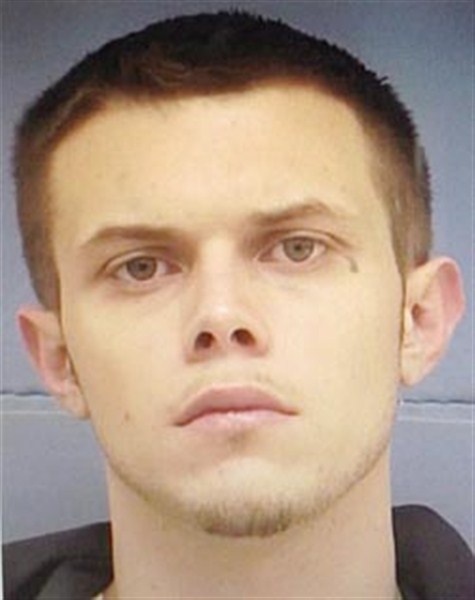 
HOUSTON – A Webster county man wanted for questioning in an alleged three-county crime spree is behind bars after dodging authorities for more than a day.
John Curtis Williams, 27, was arrested during a routine traffic stop near Houston on Saturday, according to Yalobusha Sheriff Lance Humphreys.  A Chickasaw deputy made the stop on Hwy 15 after he was spotted by police driving a stolen Toyota pickup truck. The truck had been reported missing from Yalobusha County.
Williams is also a prime suspect in two arsons in Yalobusha County committed last Thursday night on County Road 229, according to Humphreys.
“The truck was taken from a house adjacent to one that burned,” Hum-phreys added.
After being taken into custody last Saturday afternoon, Williams was transported to Calhoun County where he also faces burglary and grand larceny charges, according to Calhoun County Sheriff Greg Pollan.
Authorities from Yalo-busha County traveled to Calhoun to question Williams on Monday.
“He is denying involvement in the arsons, but we are building a case that we will present to a grand jury in three weeks,” Humphreys told the Herald.
Williams also could be charged with an auto theft in Yalobusha.
Humphreys said the charges will be presented against Williams to a grand jury that meets in three weeks. He will not likely be transported to the Yalobusha jail until his actual trial date.
“We are two counties behind and the Mississippi Department of Corrections has a hold on him,” Humphreys explained.