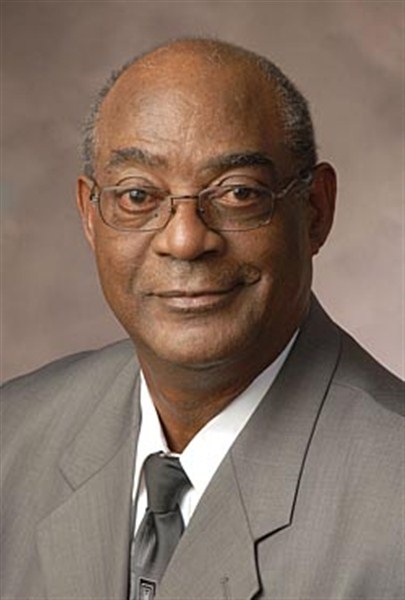 
WATER VALLEY – The accomplishments of the city administration over the past four years were reviewed during the last regular meeting of the term for the mayor and board of aldermen.
Mayor Larry Hart provided a “rear view mirror” list of items at the first Tuesday meeting June 4. At the top of his list was the $2 million brought in from sources other than the tax base. “Grants and so forth,” Hart explained, “That’s pretty good for a town our size.”
“Our sales tax has remained steady throughout,” he continued. “If you think back to 2009, the economy was really shaky.”
Hart added that $500,000 in asphalt had been put down for the city’s street infrastructure.
“During the period over 500 new jobs have been added to the labor force,” he said. “That’s the poultry plant, BorgWarner, Allied…”
Hart noted that a new fire truck had been purchased and four new police cars for public safety.
“Early on we installed a SCADA monitoring system on our water system,” he said. The SCADA (supervisory control and data acquisition) system notifies city personnel of any problems that may occur with the sewer and water systems.
The city also purchased a new gar-bage truck, a new brush truck and a water and sewer cleaner/vacuum trailer unit. “We use to hire that out,” Hart said of the sewer cleaner unit.
“We refurbished and painted three of our four water tanks,” he said. “That means sand blasted inside and out and painted and treating inside and out.”
The mayor pointed to the two new buildings added to the city’s infrastructure; the airport hangar and industrial building on the former Bondafoam property.
“Chief Mike King’s department handled roughly 240 drug-related cases over that four year period,” said Hart. “I think that’s a good show.”
“Our parks and recreation program has touched over 1200 children during that period of time,” he said.
“That’s just to mention a few things. All in all, I think we’ve had a good four-year term,” Hart said. “No tax increase during that period of time. I think that’s fairly phenomenal for a small city.”
The mayor also noted that the city has no bonded indebtedness. “That’s practically unheard of. We do have some small notes at the bank as we buy a piece of equipment. But, as far as long-term bonded indebtedness, we do not have any and have not had any during the term.”
Hart said that the first meeting of the new term would be July 2. “We’ve got a lot of things to do.”
Among the upcoming projects is the sewer line redo from around the post office to Town Creek on the south end. “That’s one of the big projects we’ll be kicking off pretty quick.”


WATER VALLEY – Out-going Alderman Fred White’s more than six terms in office was saluted at the final meeting of the city board’s current term.
“He’s wrapping up 26 years of service on this city board,” Mayor Larry Hart said.  “He filled a partial term when Junior Nicholson went over to the county. That was when Fred was elected the first time.”
Hart added that White had represented his constituents well. “And, I thank God that he has recovered so well from his stroke.”
The mayor said that White, who didn’t attend the meeting, would be presented with a plaque at a later date.
Among other actions at the June 4 meeting, aldermen:
• Heard a report from Water Valley Main Street Association Director Mickey Howley, who spoke first about the visit by nationally known retail expert Margie Johnson.
Howley said that Johnson spoke to about 20 people Tuesday morning and she liked what was going on in downtown Water Valley.
The Farmers Market got off to a very slow start Saturday, Howley continued. “There was nobody there. There just is no produce.”
Water Valley is not alone. No one north of I-20 has any produce, according to Joy Foy of the Department of Agriculture.
The date for the first downtown pep rally for the WVHS Blue Devils will be Aug. 29, Howley said.  The second will be Sept. 19. “And, we might do something for the playoffs,” he added.
• Approved invoices for the industrial building constructed for Allied Indus-tries on the former Bondafoam property. The payments are: Goodwin Construction, $28,788.25; Willis Engineering, $856.32; and North Central Planning and Development, $3000.