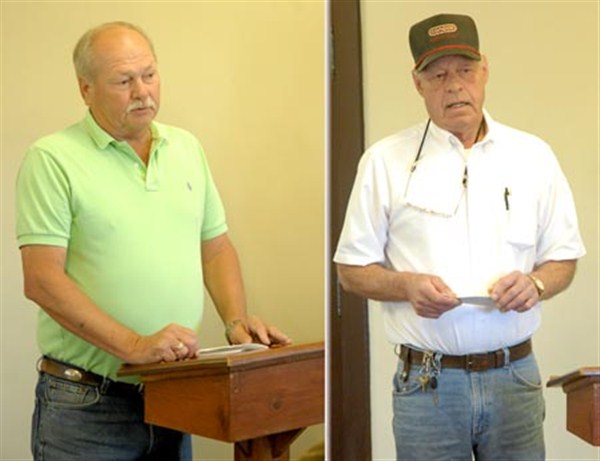 
WATER VALLEY – Supervisors fielded requests from two businesses seeking permits to sell beer during a recessed meeting Friday.
Tommy Griffis, requested permission to sell cold beer for off-premises consumption at Griffis Truck Stop at I-55 Tillatoba exit.
“I’ve got competition north of me and south of me,” Griffis explained, referring to stores selling cold beer at the Oakland exit and Coffeeville exit, both on I-55.
Board President Tommy Vaughn explained the county’s beer ordinance prohibits the sale of cold beer to go.
He explained the Oakland store is inside Oakland municipal limits and does not fall under jurisdiction of the county ordinance. The store at the Coffeeville exit is inside Grenada County, which allows cold beer sales to go.
“If we were to make an exception on this, we might as well throw our whole ordinance out the door because everybody would want an exception,” Vaughn explained.
District 5 Supervisor Frank “Bubba” Tillman backed Vaughn, explaining that the county passed the beer ordinance to restrict beer sales a certain distance from churches and for other reasons, including separating the hot beer from the cold beer.
“If you were going to sell cold beer in the restaurant side with a meal, you would be fine,”Tillman added. “Or if you wanted to sell hot beer on the other part (convenience store) we can pass on that,” Tillman explained.
Griffis told county officials he was not interested in serving cold beer in his restaurant.
Instead, he reiterated, “I am trying to match my competition where they can get it like they want it.”
The board then voted to approve a permit for Griffis to sell hot beer for off-premises consumption.
In a second request, Joe Tunnell requested both a hot beer permit for his convenience store and cold beer permit for his restaurant opening jointly at the Calhoun-Yalo-busha county line on Hwy. 330 East.
“I am opening a steak house and convenience store up there,” Tun-nell explained.
Tunnell said he would finish installing equipment in the coming week and was working to open around the end of the month.
Supervisors instructed Tunnell to come back to the July 1 board meeting and both permits would be approved.
The approval was pushed back to the July meeting because the beer ordinance requires the restaurant to be open before the permit can be issued.