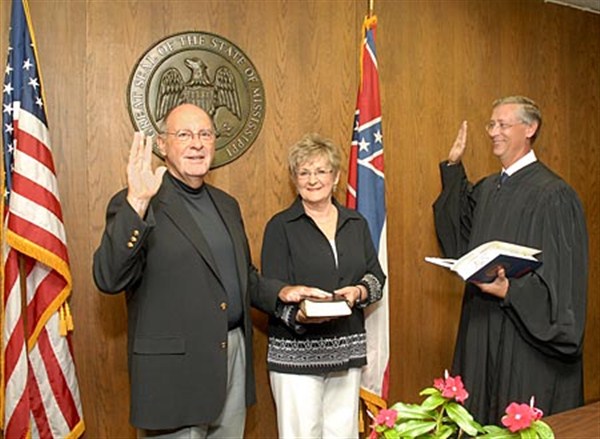 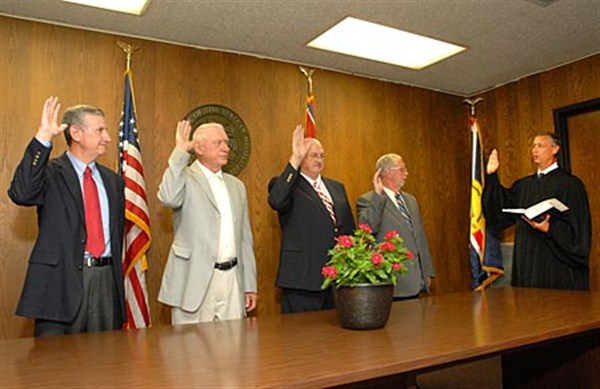 Taking The Oath – Water Valley Aldermen (from left) Donald Gray, Alderman-At-Large; Larry Bell, Ward Four; Phillip Tallant, Ward Three; and Bobby Cox, Ward One are administered the oath of office by Judge Murphey during the swearing-in ceremony Tuesday morning in the board room at City Hall. 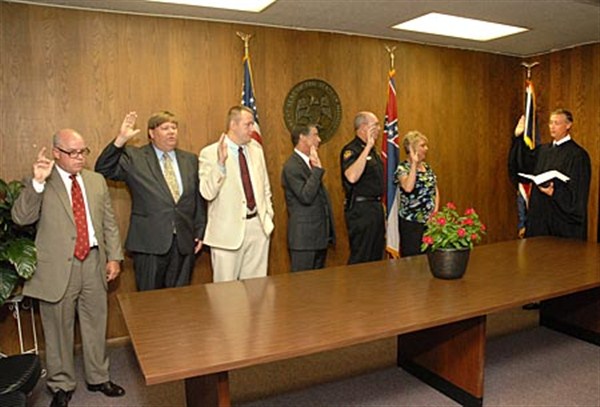