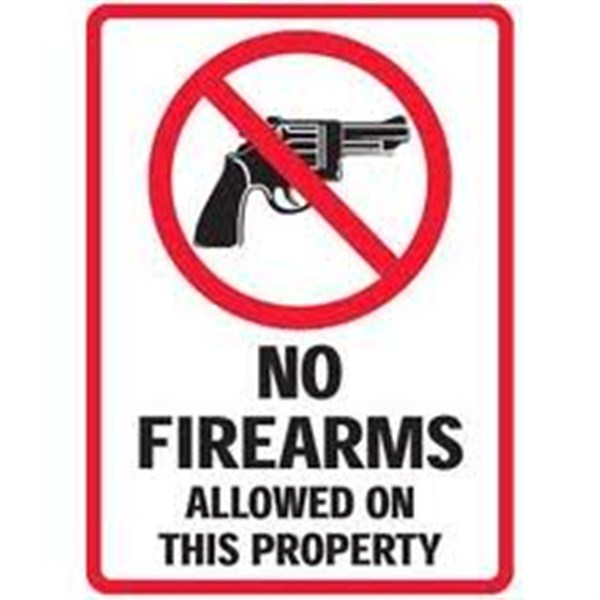 
COFFEEVILLE – Although the fate of Mississippi’s “Open Carry” law remains up in the air, Yalobusha supervisors adopted an ordinance Monday to ban firearms in all county buildings.
The policy comes after new legislation  intended to clarify the state’s concealed weapon permit law was scheduled to take effect July 1 that would allow guns to be carried openly in public places without a state-issued concealed weapon permit.
The law hit a snag last Friday after a Hinds County circuit judge imposed a temporary injunction on the “Open Carry” law until a special hearing could be held on July 8.
The injunction prompted legal maneuvering across the state as Mississippi Attorney General Jim Hood responded Monday, asking the Mississippi Supreme Court to overturn the judge’s order.
During Monday’s meeting the outcome was still not settled, but Yalobusha supervisors agreed to order signs to post on the buildings after adopting the ordinance, 4-0.
Last month supervisors were in agreement with a decision by Sheriff Lance Humphreys to ban firearms in the courthouses. The ordinance adopted Monday extends that ban.
About the Bill
The intent of House Bill 2 was to clearly define what a concealed weapon is, but the bill has confused many about the state’s stance on unconcealed weapons, Humphreys told the Herald last month.
The bill defines the word concealed and in doing so says it shall not include weapons being carried upon a person in a sheath, belt holster or shoulder holster that is wholly or partially visible, Humphreys explained.
This means under current law a concealed carry permit is required to carry the gun, even if the holster is visible because a portion of the gun is concealed inside the holster, according to the sheriff.
Under the “Open Carry” law, the gun in the holster will no longer be considered concealed and can be carried publicly without a permit.