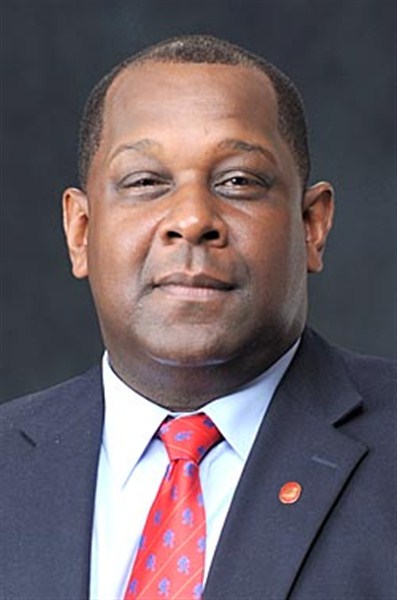 
WATER VALLEY – Newly elected city officials took office Tuesday morning  in Water Valley minus one alderman.
Newly elected Ward 2 Alderman Ray Hawkins vacated the position prior to Tuesday’s oath of office ceremony.
“There were a set of unforeseen circumstances that could possibly put my current full-time employment in jeopardy,” Hawkins told the Herald. He is currently employed as assistant police chief at University Police Department at Ole Miss.
Hawkins told the Herald he had researched the issue prior to announcing his candidacy, but found out after the fact that serving as alderman in Water Valley could conflict with his job in law enforcement.
“I was unaware of this prior to qualifying and announ-cing my candidacy, and only learned of it when a close friend, in a similar situation, brought it to my attention,” Hawkins ex-plained in a letter presented to Mayor Larry Hart.
Hawkins said he met with Hart last Friday and turned in the letter vacating the position this week.
In the letter, Hawkins also asked that his spouse, Kathleen Hawkins, be appointed to serve in the vacated position until a special election is held in August to fill the vacancy.
Hawkins also told the Herald that his wife plans to run in the special election.
“The people who voted for change can still get that,” Hawkins said.
Hart told the Herald that aldermen will make an appointment to fill the vacancy at Tuesday night’s board meeting. Hart indicated that former six-term alderman, Fred White, would be appointed to serve until the August election. Hawkins defeated incumbent White in the Democratic Primary election in May, 63-54.