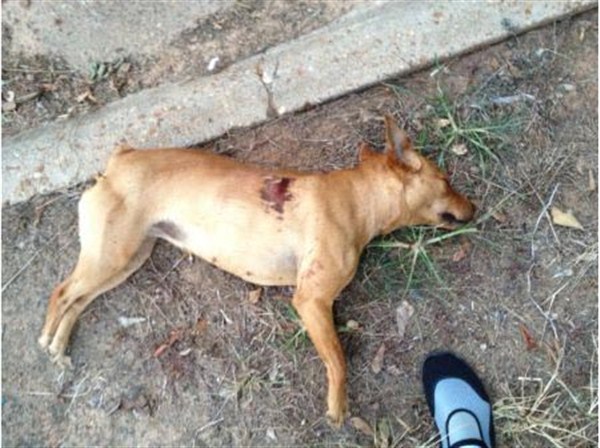 In Defense of Animals (IDA), an international animal protection organization, announced a reward of $500 for information leading to the arrest and conviction of the person who shot a dog named Cocoa.
Cocoa was found dead in front of Nell’s place in Coffeeville, a local eatery. Cocoa had gotten out of her yard on Kennedy Road and had likely been attracted by the smell of the food, according to an IDA spokesperson.
Cocoa was well-known to In Defense of Animals, as IDA’s Hope Animal Sanctuary aided Cocoa’s family in planning for her care in 2011. Anyone with information as to who shot Cocoa is encouraged to contact the Coffeeville Police Department at 675-2411 or IDA-HAS at (662) 809-4483.