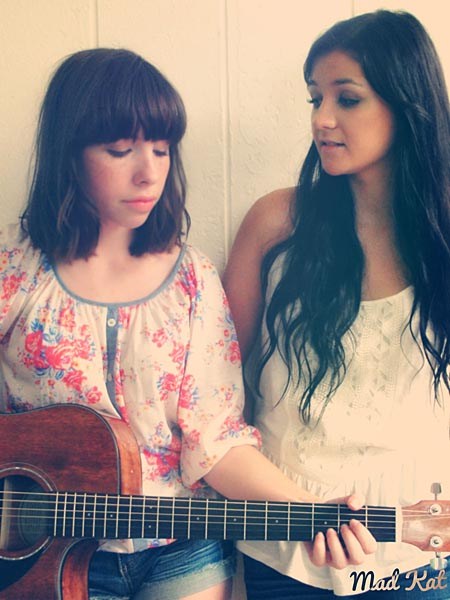 Sisters Madison and Kate Williams are among performers highlighting the music festival. They are the granddaughters of Jimmy and Shirley Berry. – Photo Provided 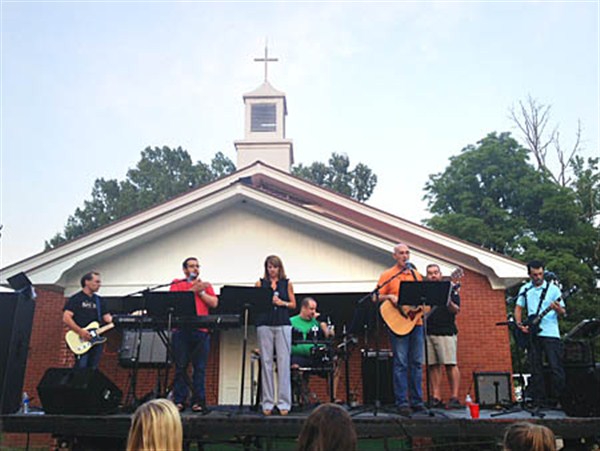 Organized last year, the worship team for First Baptist Church are among performers at the Watermelon Music Festival on August 1. – Photo Provided

Highlighting The Watermelon Music Festival on Thursday evening, August 1 at 7 p.m. will be a sister duo from Meridian,
The musical team,  “Mad Kat” include sisters Madison and Katie Williams, provide a unique quality of entertainment and have Water Valley connections, according to Jonnie Mayo, event co-chairman.
.Madison, the principal vocalist, will be a member of the Collegiate Singers at Troy University in Troy, Alabama this fall where she received a music scholarship.  She performed the lead role of Adalaide in the musical, “Guys and Dolls” at Stage 2 Theater in Meridian.  Also appearing at Stage 2 Theater, Katie, an eighth grader, played the part of Mulan in “Mulan.”
Katie plays acoustic guitar as well as sings with her sister.
Both are home-schooled and are the daughters of Storm and Jammy Berry Williams of Meridian.  Their grandparents are Jimmy and Shirley Berry of Water Valley.
The Worship Team for First Baptist Church was organized in 2012 and will appear in the Music Festival line-up as The Water Valley Praise Band.  Members are Jennifer Sartain Dean, vocals, Angie Hodge, keyboard, Brandon Lang, keyboard/guitar/vocals, Dr. G. R. Orndorff, lead guitar, Eric Allred, rhythm guitar/ vocals, Ron Hart, bass guitar, and Keith Morgan, drums.  Other Baptist team members who will not appear at the Music Fest are Erik Fearing, worship leader, Garrett King, bass guitar, and Kyles Jones, acoustic guitar.
The Music Festival is sponsored by The Town and Country Garden Club and funds community beautification projects such as 21 planters of seasonal flowers and foliage along Main Street and Railroad Park landscaping.  Tickets are $7 and are available at Water Valley Chamber of Commerce office, Turnage Drug Store, or from club members.
Posted in Top Stories