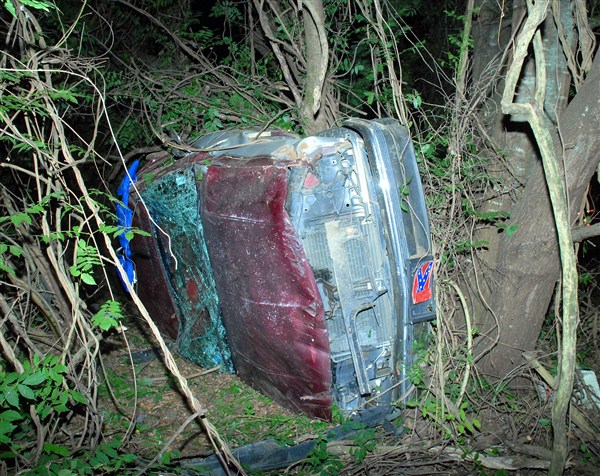 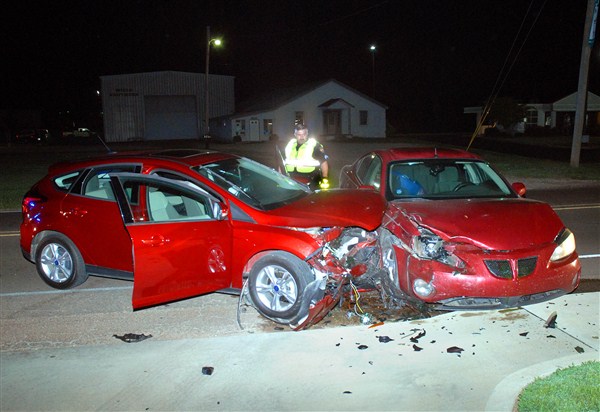 A vehicle turning into Sonic turned in front of another vehicle coming down Main Street, creating significant damage and minor injuries. – Photo by Jack Gurner

A Water Valley man was airlifted to the Regional Medical Center in Memphis after sustaining injuries in a one-vehicle accident on County Road 107. Johnny Tidwell was injured after his vehicle left the road and struck a tree just after 8:30 p.m. He was first transported to the airport, where an ambulance could land and transport him the trauma center. The accident was worked by the Yalobusha County Sheriff’s Department.
Just before 10 p.m., Water Valley police officers received a call about an accident on South Main Street in front of Sonic with injuries. Four occupants in one of the cars complained of injuries in the incident.
Posted in Top Stories