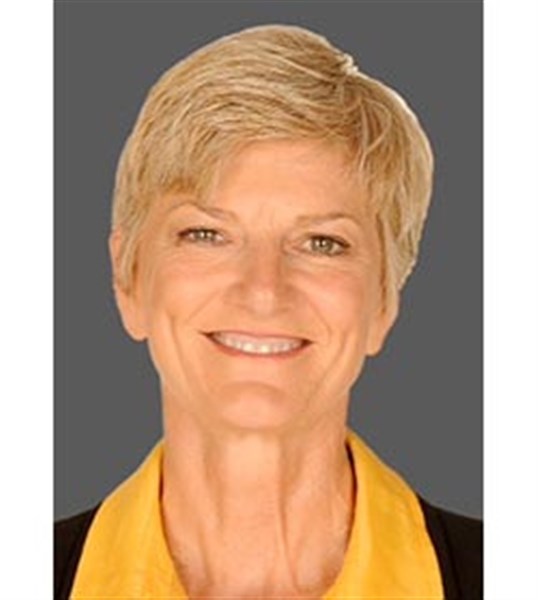 
OXFORD – Oakland native Carol Ross is among seven alumni who will receive the Ole Miss Alumni Association’s highest annual honors as part of Homecoming 2013.
Inductees into the Alumni Hall of Fame along with Ross (BAEd 82), head coach of the WNBA’s Los Angeles Sparks, are: Haley Barbour (JD 73) of Yazoo City; David W. Houston III (BBA 66, JD 69) of Aberdeen; Dick Molpus (BBA 71) of Jackson; and Stephanie Saul (BA 75) of Port Washington, N.Y.
Created in 1974, the Hall of Fame honors those select alumni who have made an outstanding contribution to their country, state or The University of Mississippi through good deeds, services or contributions that have perpetuated the good name of Ole Miss.
Ross became head coach of the Sparks in January 2012. Before joining the Sparks, she spent three seasons an assistant coach with the Atlanta Dream, WNBA finalists in both 2010 and 2011.
Prior to her tenure in Atlanta, Ross amassed a 324-161 (.668) record in 16 seasons as a head coach in the Southeastern Conference, guiding her teams to 12 NCAA Tournaments and two WNIT appearances. Ross spent 12 seasons (1990-2002) at Florida before returning to her alma mater Ole Miss from 2003-2007. Ross remains the winningest coach in school history at Florida with a 247-121 (.671) record.
During her four-year run at Ole Miss, Ross compiled a 77-50 (.606) record and guided the Lady Rebels to three NCAA Tournaments and a WNIT appearance. In 2006-2007, Ole Miss reached the 20-win plateau for the first time in more than a decade and advanced to the Elite Eight of the NCAA Tournament.
Also active in USA Basketball, Ross served as an assistant coach with the 2005 Under-19 World Champion-ship team that won the gold medal as well as head coach of the 1998 USA Women’s Select Team that went 7-1.
Ross was a four-year starter for the Lady Rebels from 1978-1981. She became the fourth women’s basketball player ever to be inducted into the University of Mississippi Athletic Hall of Fame in 2001.
She has served as a board member for both the American Cancer Society and the Coaches vs. Cancer organization, which honored her as its 2000 Coaches vs. Cancer Champion Award winner.

Additional Honors
Jan Griffin Farrington (BAEd 65) of Ridgeland will receive the Alumni Service Award for service to the University and the Alumni Association over an extended period. Lucy P. Priddy (BSCvE 02) of Vicksburg will receive the Outstanding Young Alumni Award.
The Alumni Association will host a reception for the honorees on Friday, Oct. 25, at 6 p.m. in the Gertrude C. Ford Ballroom at The Inn at Ole Miss. A dinner for the award recipients will follow the reception at 7 p.m. Those interested in attending the dinner should register in advance by calling the Alumni Association office at 662-915-7375 before 5 p.m., Friday, Oct. 4. Cost of the dinner is $50 per person, or tables of 10 are available for $450.