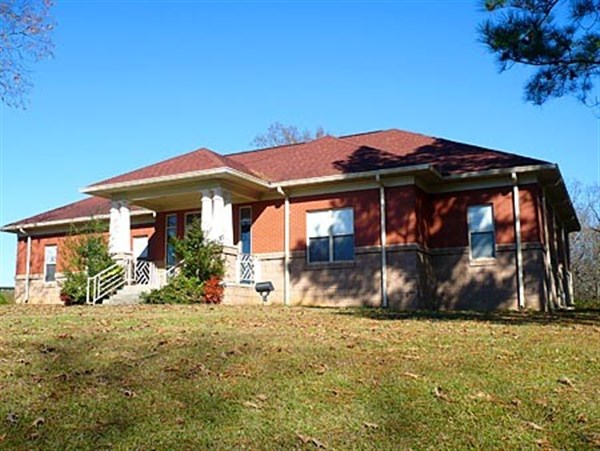 
JACKSON – The report cards are out and Coffeeville School District has moved up two letter grade levels to a C while Water Valley School District has remained at the D level.
The Mississippi Depart-ment of Education released the school accountability data Friday, Sept 13. This is the second year for the new system that uses letter grades to show performance under increasingly higher standards.
Both Water Valley High School and Davidson Elementary School received D ratings, a repeat of last year.
Coffeeville High School received a D rating, up from last year’s F rating and Coffeeville Elementary School received a C rating, up from last year’s D rating.
Last year only three districts in the state received an A. This year, 18 districts are at that level thanks to the MDE using graduation rates as part of the formula to determine a district’s rating. Graduations rates were 64 percent for the Water Valley School District and 59.2 for the Coffeeville District.
The letter grading system is supposed to provide communities clear understanding of how their schools and districts are performing upon full implementation of the rigorous Common Core Standards in 2014-15.
The rating levels are important because districts that continue to be rated F can be taken over by the state. School officials and teachers can be fired and the school boards can be disbanded.
The grade levels are also a factor for the creation of charter schools. State law allows charter schools in D and F districts without local school board approval.
Classifications included achievement and academic growth or improvement.  Achievement is measured by the Quality of Distribution Index (QDI), with the minimum QDI zero and the maximum at 300. QDI is 144 at Water Valley’s Davidson Elementary School (150 last year); 159 at Water Valley High School (162 last  year); 143 at Coffeeville Elemen-tary (125 last year) and 162 at Coffeeville High (128 last year).
Growth, on the other hand, is based on whether students demonstrate performance equal to or better than expected based on how they performed the previous school year. Coffeeville School District met growth expectations, while Water Valley did not.
Superintendent Kim Chrestman of the Water Valley School District told school board trustees at their meeting in July that test scores had been received and the data showed that the district would remain at the D level. “Overall, scores at the elementary and the high school were below expectations,” he said. “I, as superintendent, am very disappointed. Basically, as a school district, we were not effective this year.”