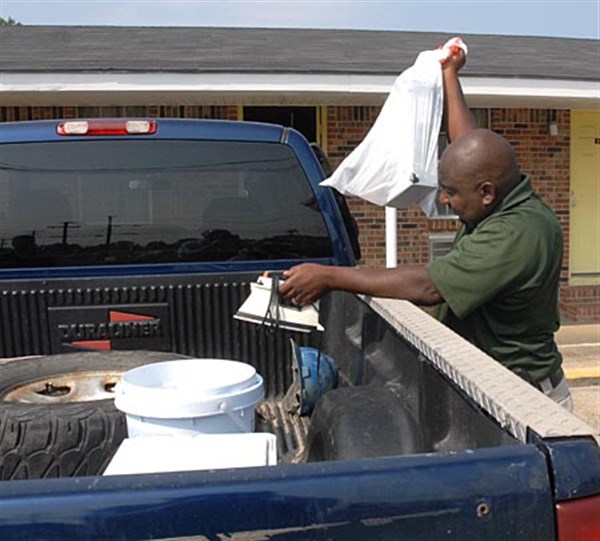 Deputy Jermaine Gooch checks the contents in the back of the stolen truck. – Photos by Jack Gurner 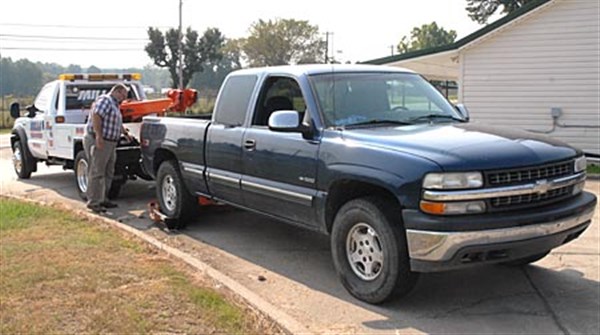 Mills Brothers Wrecker Service towed the truck, which was impounded.


WATER VALLEY– A Texas man originally from Yalobusha County was taken into custody around noon last Tuesday after the sheriff’s department received a tip.
Sheriff Lance Humphreys reported Michael Hardin, 35, had possession of a stolen Chevrolet pickup from the Houston, Texas area. The truck was parked at the Valley Motel, where Hardin was taken into custody.
He was arrested without incident and Humphreys said he looked like he had been in the bed sleeping when they knocked on the door.
“He claims a buddy let him borrow the truck and he brought it to Mississippi,” Humphreys said.
Another person traveling with Hardin was initially detained and question before he was released.
“Hardin said he didn’t know his name, he just happened to ride with him from Texas to Mississippi,” Humphreys told the Herald.
Hardin has active warrants out of Lafayette and Grenada counties.
Tentative charges for possession of stolen property on the vehicle are pending, as the local sheriff’s department is waiting for additional information from Texas on the vehicle. Mills Brothers Wrecker Service towed the truck, which was impounded.
“We really appreciate when the public reaches out and gives us information that helps solve crimes,” Humphreys added.