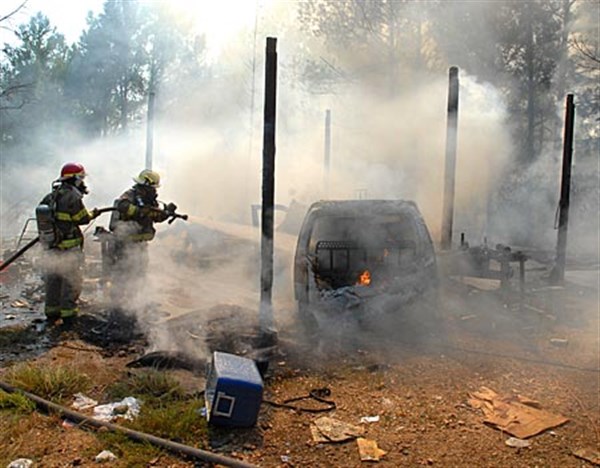 Firefighters battled a mid-afternoon blaze Tuesday at the Horton Repair Shop on County Road 87, north of Coffeeville. Volunteers from Coffeeville and Velma were on the scene around 2:45 but the building and several vehicles were already well involved. The blaze completely destroyed the shop. Firefighters also had to deal with a brush and woods fire behind the building. – Photos by Jack Gurner 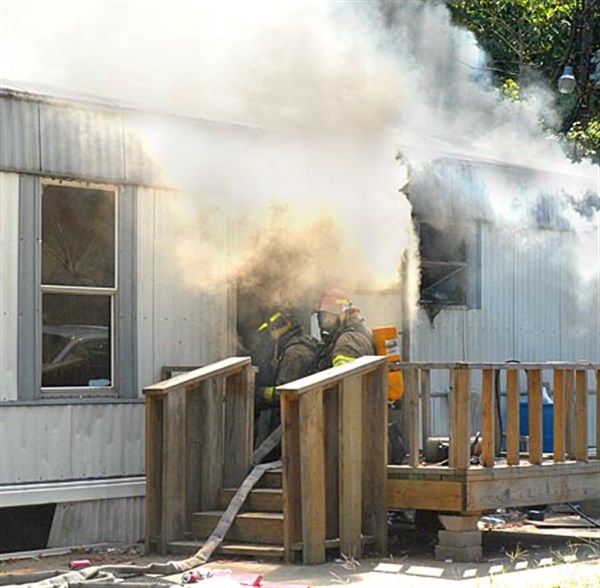 Firefighters battled a mobile home fire at 28 CR 133 shortly before lunch Tuesday. They were able to extinguish the fire before it consumed the trailer that was owned by Molly Colvin. Firefighters from Water Valley and Sylva Rena responded.

Firefighters had to deal with two blazes Tuesday; one damaged a mobile home on County Road 133 and the other destroyed a repair shop north of Coffeeville.