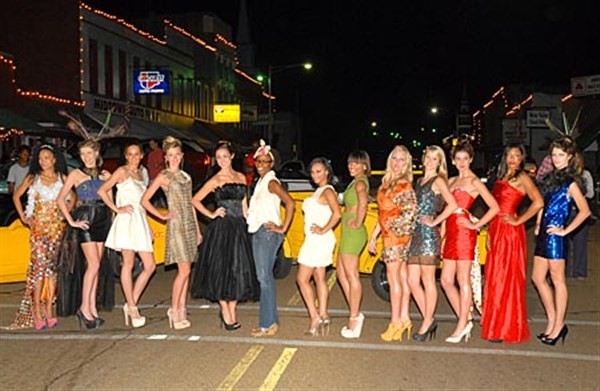 Main Street Fashion Display – The Art Crawl came to a stunning close as a dozen models displayed the latest fashion by Julia Ray (center, in jeans) on Main Street. One by one, the local models paraded down the street and then joined for a final curtain call. An Art Crawl after party followed at Pizza Getti. – Photo by Jack Gurner 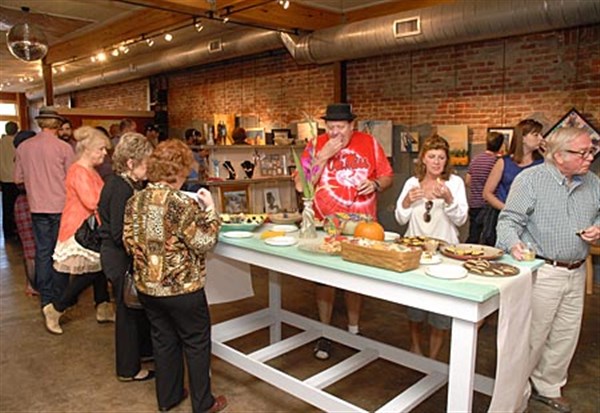 The increasingly popular ArtCrawl not only brings out the best in area art, but several “crawlers” commented on the great food being served at the various stops along the route. The folks shown in this photo are enjoying the spread at Bozarts. 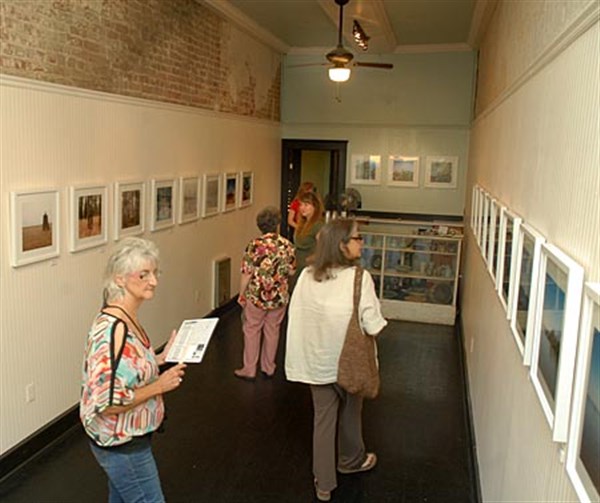 It was difficult to find a time to take a photo when there were just a few people in Yalo Studio and Gallery. 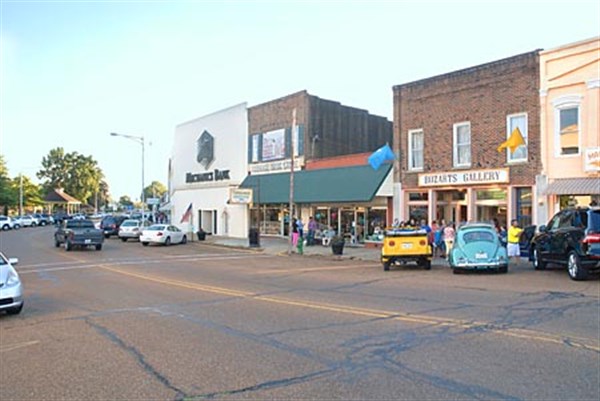 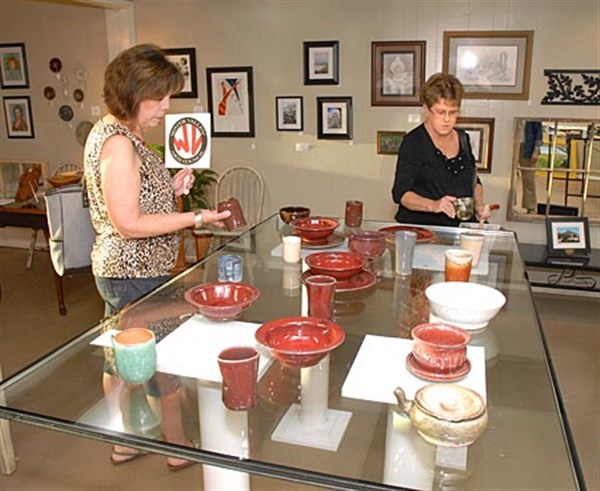 From Main Street Insurance on the north to the Burke home on Blount Street to the south and every stop in between (like J. Clayton’s Eclectic Arts on Main, last Saturday night’s Art-Crawl was the most well attended to date, according to Water Valley Art Council planners. The only complaint was tired feet and not being able to visit every stop. 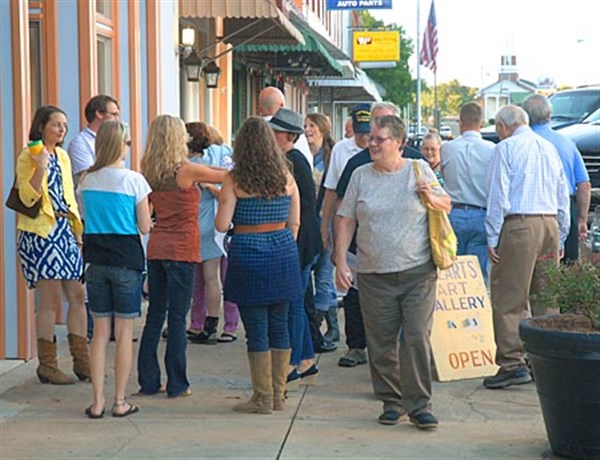 Main Street crowds (above) reminded some old-timers of Saturday nights from the past. 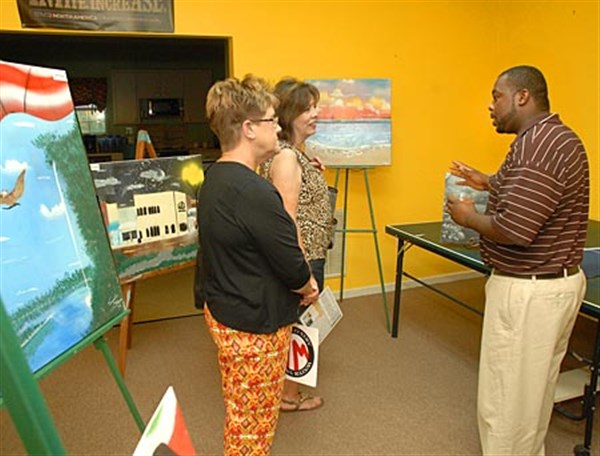 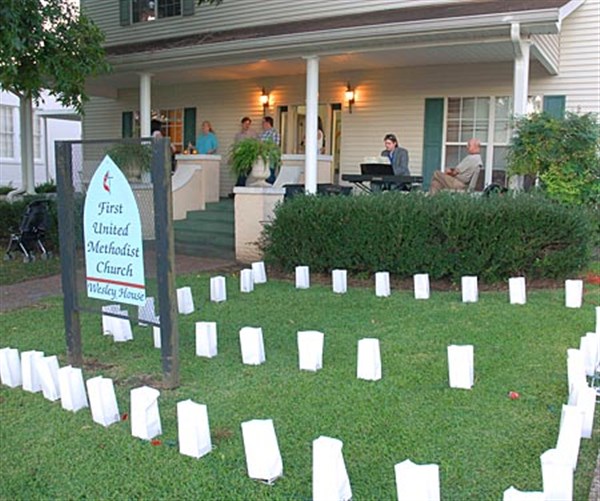 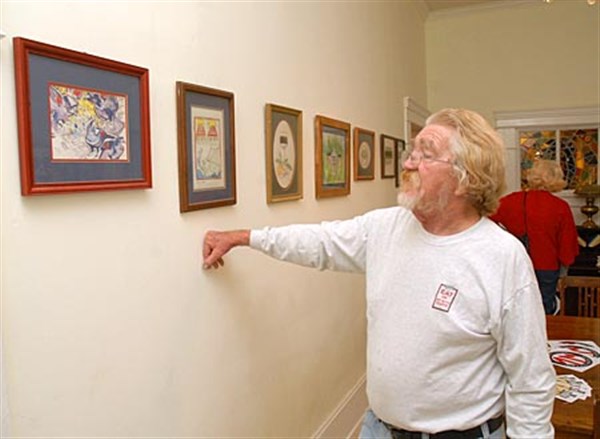 Bill Burke took visitors on a guided tour of the works on display – including many by Walter Anderson – at his home on Blount Street. 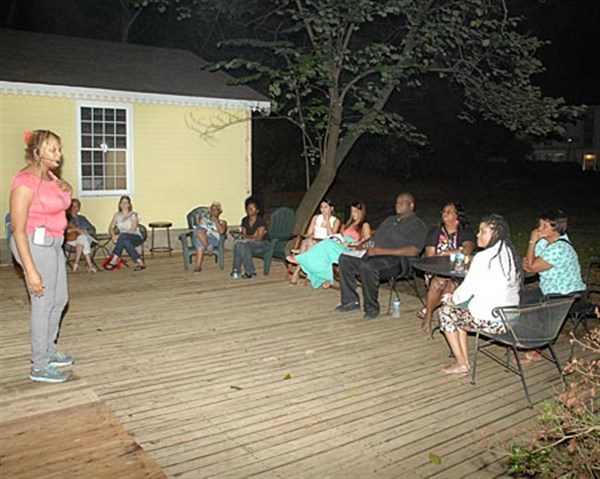 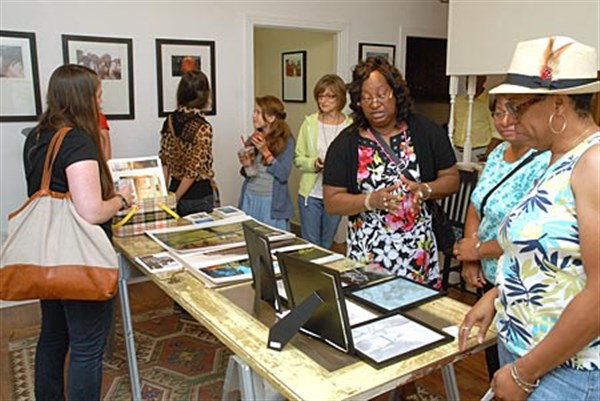 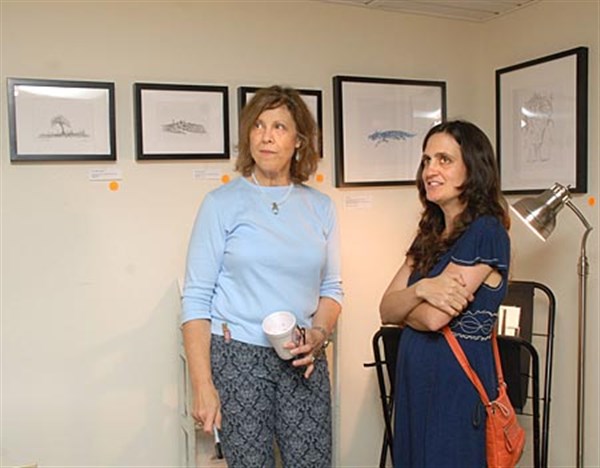 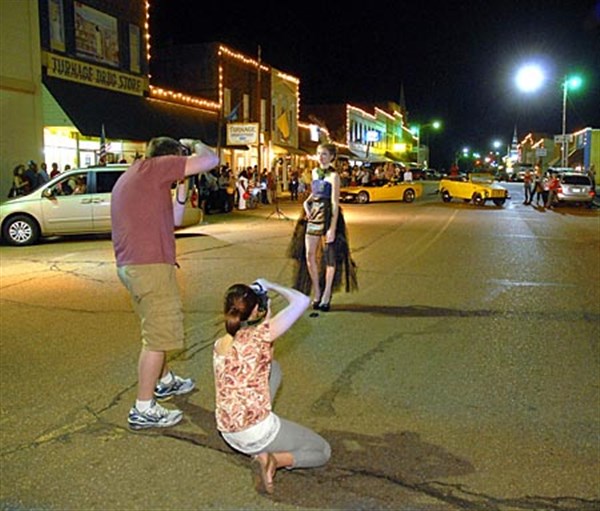 The Main Street Fashion Show featuring the work of Julia Ray and models from JCC Pix drew photographers of all levels of experience.

The fifth annual ArtCrawl has grown from 16 artists to 57, but has kept its “small, big event” feel.