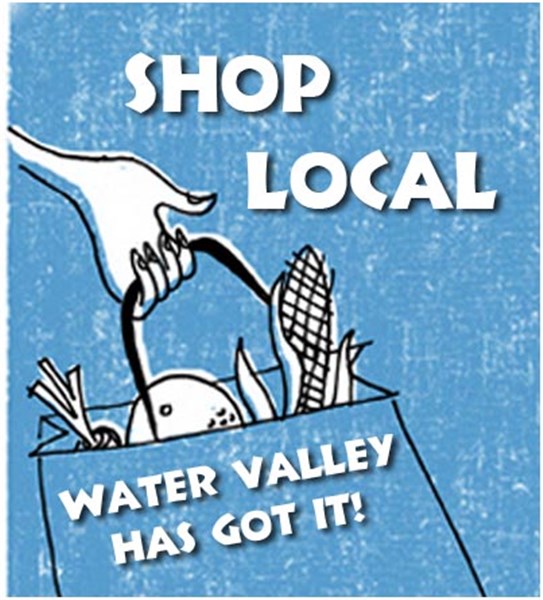 
WATER VALLEY – The Main Street Association and the Chamber of Commerce are working together on a “shop local” campaign for the upcoming holiday season.
Main Street Association Director Mickey Howley told the mayor and board of aldermen at their October meeting that the two groups want to really push the shop local theme. “I know it’s October, but Christmas is coming up,” he said.
Howley said that the shop local day will be in November, but the date had not yet been selected.
“Shop locally – that’s a powerful thing to our local economy and our city budget,” said Mayor Larry Hart.
He added that bringing jobs and industrial development to the area is very important to developing your community and your tax base. “But, sales tax is a quick revenue for the city,” the mayor explained. “This past year our sales tax performed well, over and above expectations. I am glad that we are making this effort to emphasize shopping locally.”
Last year the Herald spearheaded the shop local campaign and coordinated the effort with the Main Street Association and the Chamber.
Also, during his report, Howley said that members of the Integrated Marketing class from Ole Miss surveyed attendees of the recent Art Crawl as part of their senior capstone project on Water Valley. “They are gathering a lot of information right now about attitudes and where we think Water Valley is going.”
Howley noted that the process is continuing and that if anyone has comments or additional ideas to pass them along to him and he will get them to the class.
Among other actions at the Oct. 1 meeting, aldermen:
• Entered into the minutes that City Clerk Vivian Snider attended the recent municipal court seminar at the University of Mississippi.
• Wrote off $3,865.62 in delinquent electric department accounts. Mayor Hart said that the city continues to attempt collection, but removes them from the current receivables.
• Paid the Crow Law Firm $4,386.20 for legal work including a DUI appeal case in Circuit Court.
• Heard a report from the Mayor on the Honor Flight that took a group of Mississippi World War II veterans to Washington, DC, including Dr. Rayford Edgar of Water Valley.
The mayor said that when the group arrived at the WWII monument, it was closed. “I knew this was coming,” Hart said with a wide smile. “Those ol’ boys stormed Omaha Beach and other places during the war. With a little assistance they moved the barricades and visited the memorial, which I thought was appropriate for them to do.”
Alderman Larry Bell added, “Well, they said the Germans and the Japanese didn’t stop us, that little barricade sure wasn’t.”
“Amen,” said Mayor Hart. “I’m all for them.”