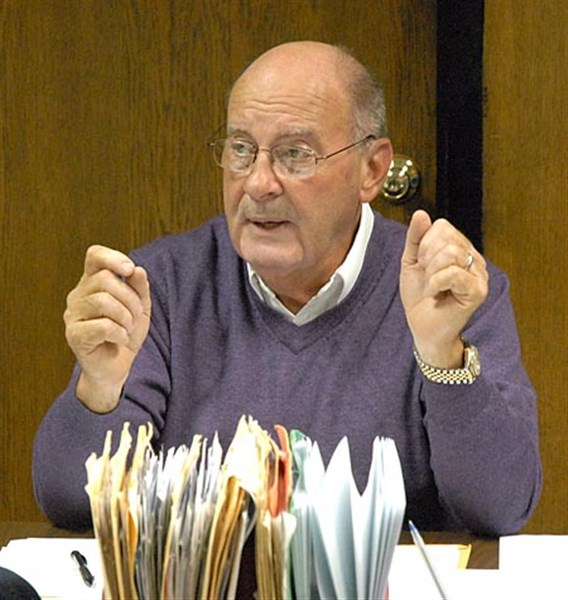 
WATER VALLEY – A new electrical substation to be built in the industrial park will help increase the reliability of the city’s power system.
Mayor Larry Hart presented an agreement to aldermen between the city and the Tallahatchie Valley Electric Power Association to construct a 30-megawatt substation.
Hart explained during the first Tuesday city board meeting Nov. 5, that TVEPA wants to build the substation in the southwest corner of the W. C. Gardiner Industrial Park near a TVA transmission line.
TVA is requiring TVEPA to build the substation because the electric power needs of the area have increased, he said.
“This all works out good for us,” Hart added, “Because they are offering us an opportunity to back feed should our transformer go out.”
He said if the city’s transformer at the 161 kilovolt main substation on Gore Circle fails, the city would be shut down for probably several days awaiting a portable transformer from TVA. “When this is completed we can drop our system out and shove Tallahatchie Valley in and ‘boom’ we’re back in business.”
TVEPA currently needs 8-megawatts to service their system in this area as it exists today, according to Hart. “That leaves a surplus of 22-megawatts. They would never have a situation where there wouldn’t be enough power for us at that station.”
The mayor noted that the cost of receiving emergency power from the substation would be no more than the normal wholesale rate charged by TVA.
The city will have to purchase transformers and install them on a concrete pad in a fenced area at a cost of between $175,000 and $200,000. TVEPA will supply the engineering, project management and expertise, said Hart. The transformers will be located in the vicinity of the BorgWarner plant.
The mayor compared the cost of installing the transformers to the city’s recent purchase of a more than $300,000 fire truck. “It looks awfully expensive just sitting up there in the bay. But, when you need it, you need it.”
“It’s a grand opportunity for us to have another transformer system sitting there available in case of emergency.”
Hart predicted that the project would take several months to complete, but work should begin right away.