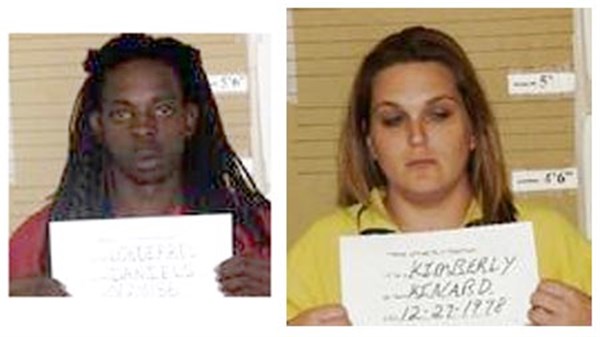 
A man and woman were arrested after Constable Brent Anderson made a routine traffic stop early Sunday morning.
The traffic stop was made at the intersection of Frostland Drive and Main Street in Water Valley, according to an incident report filed at the sheriff’s department.
Both attempted to flee from authorities. Londerrell Daniels, 27, fled on foot, leading Anderson on a brief chase. He was charged with disorderly conduct and DUI.
As deputy Thomas West arrived to back up Anderson, the passenger in the vehicle drove off.
That passenger, Kimberly Kinard, 37, was arrested several hours later at her house and admitted to fleeing the scene. She was charged with disorderly conduct and reckless driving.
Both were booked in the Yalobusha County jail.