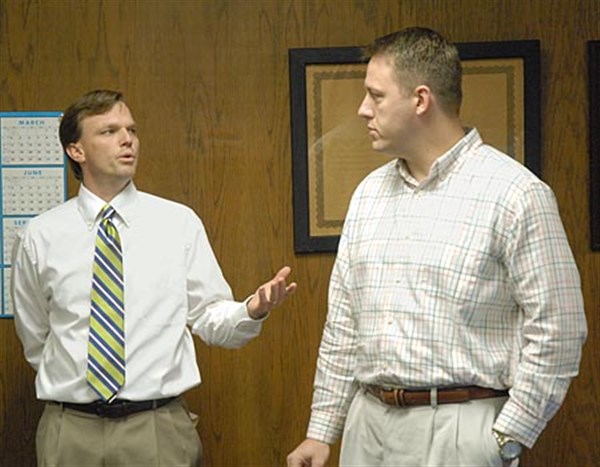 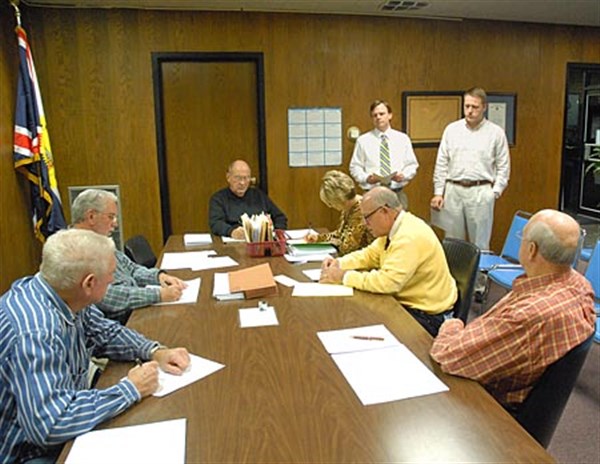 
WATER VALLEY – Mayor Larry Hart has been appointed as the city’s representative on a new foundation to promote jobs and industry.
Attorney Daniel Martin and banker Tyler Hill, current president of the Water Valley Area Chamber of Commerce, appeared before aldermen Tuesday night, Dec. 3 to inform city officials about the formation of the Water Valley Regional Industrial Foundation.
“We saw this need to create this foundation in order to have some funds available to promote job creation and industry if certain funds couldn’t be used in the city,” Hill explained. “I know the Chamber, years back, matched a grant with BorgWarner which couldn’t have come from public funds. That’s what this is all about.”
Martin said that the intention was to create a streamlined organization. “We want it to be able to be fluid and be able to be involved as much as possible.”
He added that there would be a three-man board of directors. “We’re asking that the board of aldermen provide us with an appointee for that one position.”
Martin noted that the Board of Supervisors would pick the second and the Chamber board would pick the third member. “That way we figure that we can keep all the governments and the chamber of commerce interests included and everybody up to speed,” he said. “So that y’all have a direct line to this new foundation.”
Martin then asked if the board would like to have the next month to think about it.
“It’s county, city and chamber,” Mayor Hart said and turned to the board and asked if there were any questions for the two chamber representatives. “Would you like to go ahead with the appointee at this time?”
“I don’t know why not,” commented Alderman Phillip Tallant.
Alderman Bobby Cox immediately responded that the appointee should be the mayor. “Not just the present mayor, but the mayors into the future,” he said.
After aldermen voted unanimously for the motion, Mayor Hart thanked Hill and Martin for their interest in the city.
Hill and Martin had just the day before appeared at the Board of Supervisors’ meeting to ask for an appointee. Several of the supervisors questioned the need for another foundation that could possibly undermine the work of the countywide Yalobusha County Economic Development and Tourism District headed by Bob Tyler. The issue surfaced again at the supervisors’ meeting last Thursday.