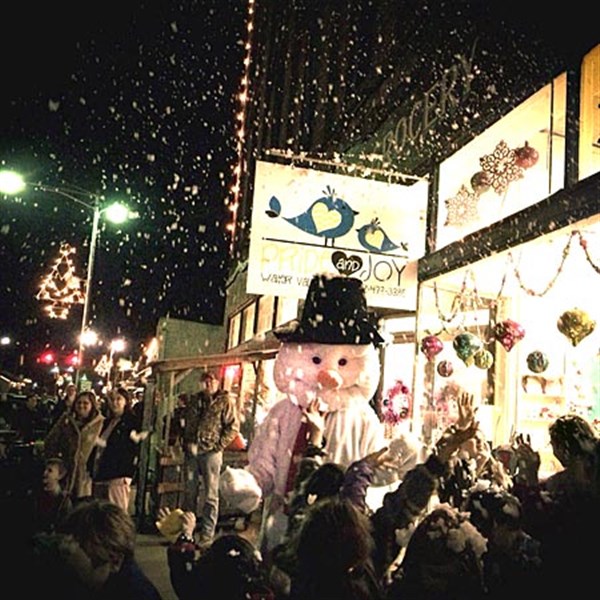 It snowed Friday night in downtown Water Valley and instead of running for cover, everyone enjoyed it. It was part of the Junior Auxiliary Polar Express Party during Christmas In The Valley. – Photo by Coulter Fussell 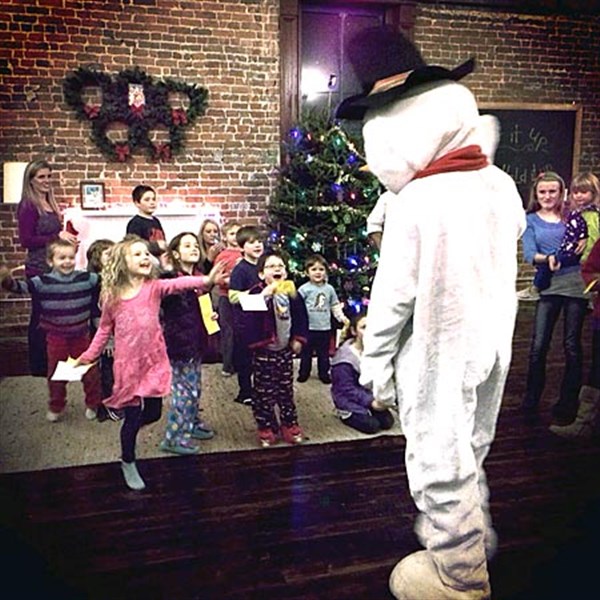 Polar Express Party – The Junior Auxiliary entertained kids with a Polar Express Party last Friday night in conjunction with Christmas in the Valley. Frosty and Santa Claus visited the children while their parents shopped at Main Street businesses. The party was held upstairs at the B.T.C. Old Fashioned Grocery Store. – Photo by Coulter Fussell 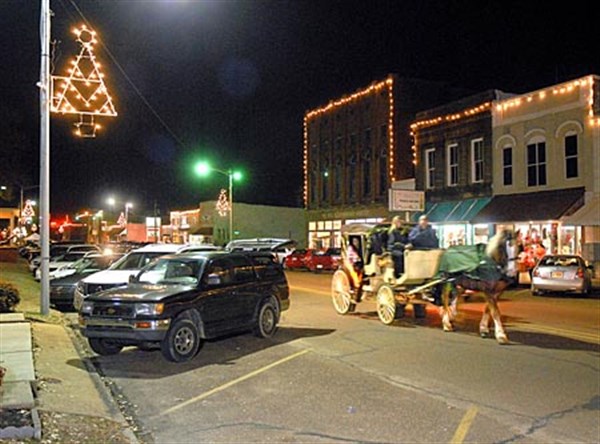 The Water Valley Area Chamber of Commerce and the Water Valley Main Street Association held their Christmas In The Valley last Friday night downtown. The event had been postponed from the weekend before because of winter weather. Among the activities was the carriage ride through town. The Herald will feature photos from the annual Christmas Parade in the Christmas edition, which will be delivered to local subscribers a day early on Tuesday, Dec. 24. –Photo by Jack Gurner 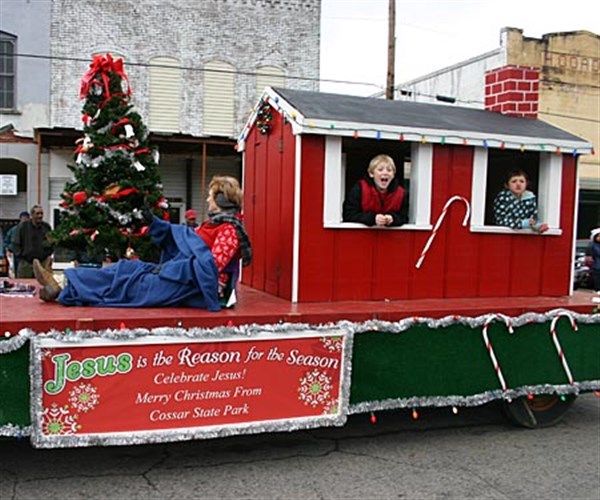 Jesus Is The Reason For The Season Janet Caulder waves from the Cossar State Park float as children from Coffeeville First Baptist Church enjoying riding in the Coffeeville Christmas parade last Saturday. Look for more photos from the parade in the upcoming Christmas edition of the Herald. – Photo by David Howell 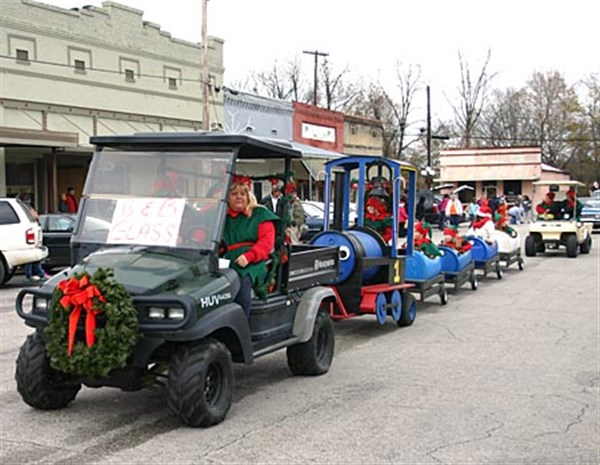 A train full of elves led by B & B Glass paves the way for Santa in last Saturday’s Christmas parade in Coffeeville. Grand marshals for the parade were Carrisa and Rachel Carmichael along with Duncan Dees. The parade was sponsored by the Coffeeville Women’s League. Check next week’s Christmas edition of the Herald for more parade pictures. – Photo by David Howell

Several activities including Christmas In The Valley and the Coffeeville Christmas Parade brought the holiday spirit to Yalobusha County.
Posted in Top Stories