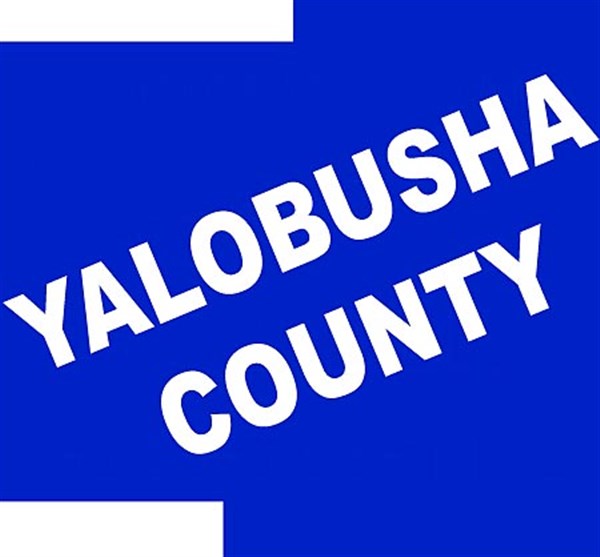 
WATER VALLEY–Yalobusha supervisors took care of routine business items in the final meeting of 2013 last Friday. It was a meeting that opened with comments from Board President Tommy Vaughn that stemmed from the previous meeting when he left early after losing his temper.
Vaughn noted the positive accomplishments the board has made during the last decade. He also emphasized that one board meeting will not define the image of the board.
“The one thing that I will not have, as long as I sit as the head of this board and I hope that everybody agrees, we will not be defined by one board meeting. Human nature is funny, sometimes we lose tempers because we are passionate about what we are doing,” Vaughn said. “It wasn’t acceptable to the people that put us in office. I lost mine, I owe them an apology. But I promise to do better as long as I sit here. There were words said, feelings hurt, mine particular. And I know I hurt other people’s feelings,” Vaughn said.
He also said everyone needed to check their egos at the door, “including me,” before each meeting starts.
His comments followed the positive accomplishments in the county Vaughn emphasized during the meeting.
“I do want to emphasize some of the positive things that this board has done and continues to do on a daily basis and kind of get away from the negative things that sometimes come out of anger, or whatever reason they come out of. Me being a part of it, as well as other people,” Vaughn noted.
Vaughn pointed to a strong civil defense department headed by EMA Director Frank Hyde; quality fire departments across the county with new equipment; a hard-working sheriff’s department that is better funded than in the past; upgraded the county’s welfare department with a better, county-owned building; and a strong health care facility in the county, both the hospital and nursing home.
But Vaughn said he was most proud of the county’s financial stability through the county’s greatest recession.
“I am proud to say that this board had the foresight and vision to carry this county or at least lead this county through that time. We have got a very solid financial base. We are not borrowing money, we are not laying people off,”
Following Vaughn’s opening comments, supervisors breezed through 11 items on the agenda before entering executive session after 34 minutes.
Board attorney John Crow advised supervisors to enter the closed session to discuss litigation against Larry Townes involving a violation of the county’s flood ordinance. Townes appeared before supervisors to request help after constructing a duplex on County Road 436 that was inside the flood plain and  did not comply with the county’s ordinance.
The second item to be discussed by Crow in executive session was a county-wide ordinance for the disposition of lost, stolen, abandoned, misplaced or confiscated personal property by the Yalobusha County Sheriff’s department.
While discussion about  adopting the countywide ordinance does not appear to meet the exemptions provided by law to enter executive session, the actual seizure of a specific vehicle could likely include litigation and be eligible for the closed door meeting.
Other actions taken Friday includes:
• Renewed the county’s general liability insurance policy. The county’s agent, Tyler Wortham, reported the 2014 premium is comparable to 2013.
“It always pleases us to bring you a proposal when the premiums have not gone up,” Wortham said.
In 2013, the county paid almost $166,000   for the general liability insurance policy. In the coming year, Wortham said the cost will be $165,091.
• Approved the bid of Hancock Bank of 2.04 percent interest to finance the purchase of a new cruiser for the sheriff’s department. Mechanics was the only other financial institution to bid and submitted a three percent rate.
“One thing we might clarify, Lance, I know that last time you were in the meeting you said you didn’t have the funding. But you found the funding,” Vaughn added.
“Yes, I found out we had paid off one of the other vehicles and had the payment in the budget,” Sheriff Lance Humphreys answered.
• Approved the full-time employment of Ivory Tinnion in District 4 for $1,800, plus benefits. Also approved the hiring of Anthony Trammel as a part-time employee in District 4 at $1,600 monthly.
• Accepted a $1,530 donation from the VFW Post 4100 to purchase bullet proof vests for deputies.
“It won’t get everybody one, but it will get some of our road guys vests,” Humphreys told supervisors. He also explained that the warranty for vests only lasts five years.
• Approved three applications for logging companies to exceed the posted weight limits while hauling timber.
The permits includes Harrison Logging in District 1 on County Road 98, 220 and 436; Timber-land Harvesters, LLC on County Road 215 in Districts 1 and 5; and Harrison Logging, Inc. on County Road 57 and 225 in District Three.
As part of the permitting process, each company must post a bond to cover potential damages.
• Approved the travel request of Coroner Ronnie Stark and Debra Jackson of $100 each along with travel for Jackson to attend the Coroner’s Association Win-ter Conference at the Hilton in Jackson. Stark and Jackson rotate attending conferences, which include mandatory training.
•Amended an erroneous tax assessment on a cell tower after Tax Assessor/Collector Linda Shuffield explained the tower has transferred ownership and accidentally been double assessed.