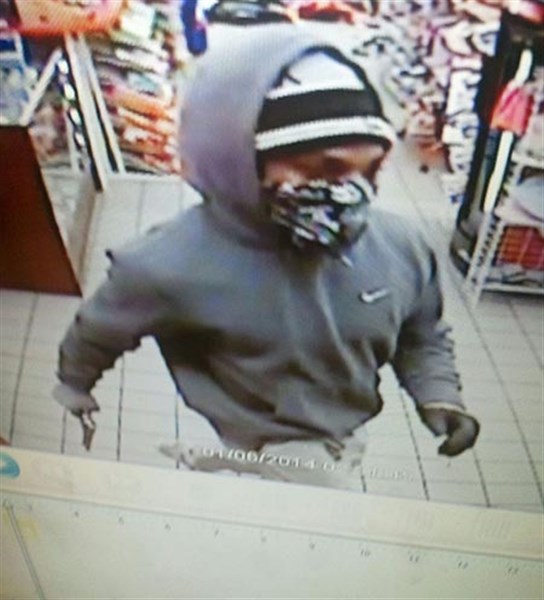 Although both armed robbers were covered, authorities believe both are African American, one light-skinned and the other dark-skinned. Crime Stoppers will pay up to $1,000 for information leading to the arrest of the men. To report a tip, call Crime Stoppers at 1-866-933-TIPS. 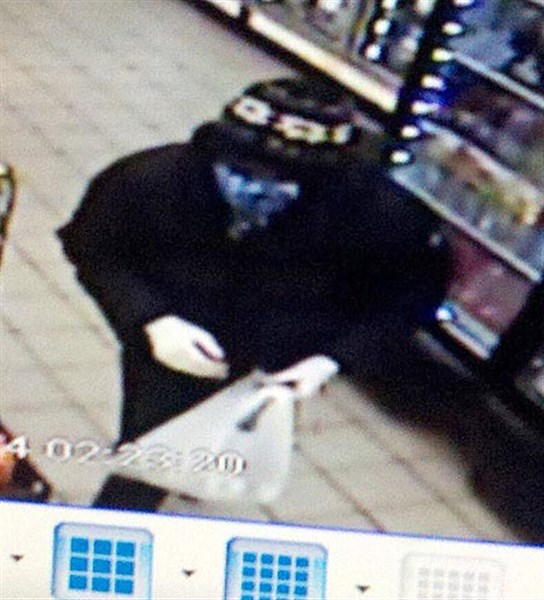 
OAKLAND –The search for two armed robbers wanted for the bold early morning holdup at Oakland Gas Mart last week continues as media across the area have broadcast surveillance foot-age.
“We are hoping that someone may recognize one of the suspects,” Oakland Police Chief Russ Smith told the Herald. Although both men are almost completely covered in heavy clothing, Smith hopes their attire may trigger someone’s memory.
“We are still turning up new leads and talking to people on this case,” Smith said.
Sixteen different cameras in the store captured the 15-minute holdup as two men methodically rummaged through the business.
Midway through the robbery a customer entered the business was ordered to the ground by one of the gun-wielding robbers. The customer was ordered to the ground and pulled his coat over his head.
Minutes later a second customer entered the front door, just as he sees the first customer laying on the floor inside the door. The second customer then turned and attempted to flee, but the armed robbers ran after him in the parking lot and ordered him back inside.
Both customers cell phones were pushed across the floor, out of reach, and their wallets were searched for money. The two customers would remain motionless on the floor as the two thieves searched for items in the store.
It was more than five minutes after the two thieves left before the two customers and the lone store clerk are depicted nervously standing up and making sure the men are gone before dialing 911.
“All three of the victims in this case remained calm and did a good job not provoking the armed men,” Smith said.
One of the suspects was wearing a gray Nike’s hoodie, khaki pants and white shoes with blue shoestrings. The other suspect was reported as wearing all black, a black toboggan with white snowflakes and black and white shoes.
The men left with cash from the register and other items from the store.
Anyone with any information regarding the suspects is asked to contact Oakland Police Department at 662-623-8668 or Yalobusha Crime-Stoppers at 1-866-933-8477.