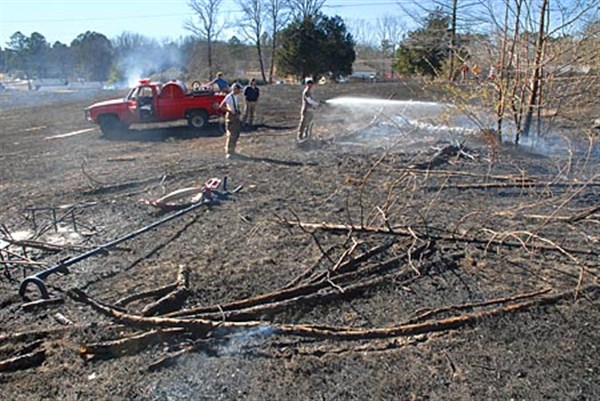 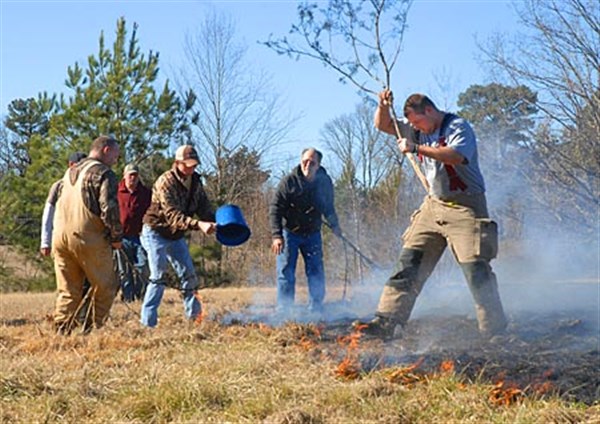 While awaiting the brush trucks from the Water Valley and Velma Fire Departments, firefighters used whatever was handy to begin the battle. 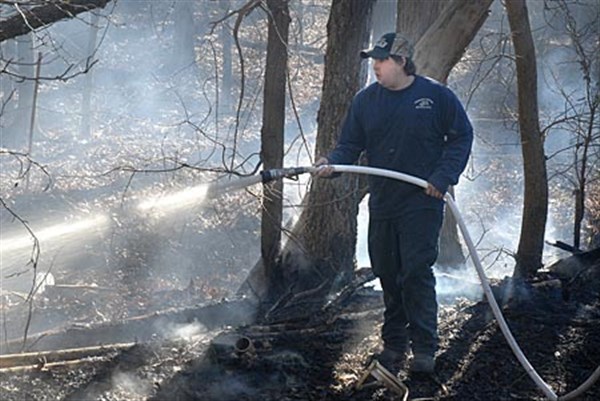 Although the hoses are smaller than on pumpers, firefighters are able to get further into a fire with a brush truck. 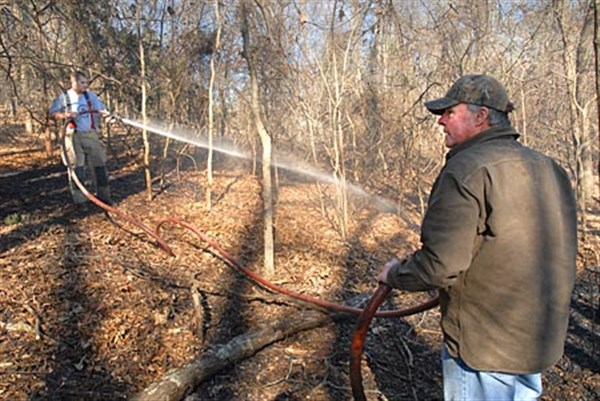 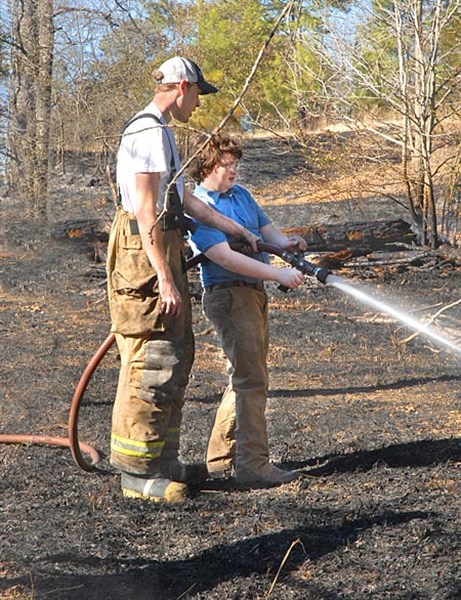 When the CR 14 fire was safely out, Chase King got a lesson from Velma firefighter Grant Thompson. 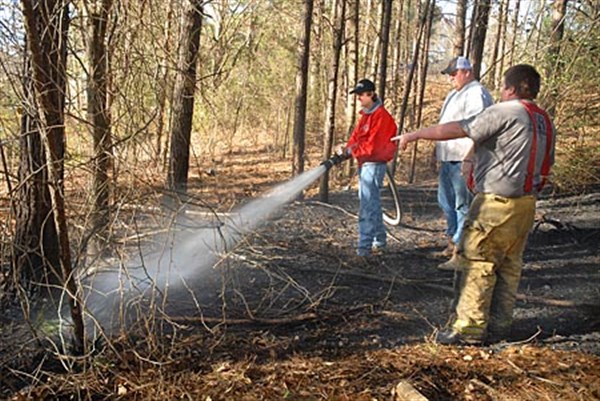 The brush fire Saturday off Daniels Drive in the city was brought quickly under control.


WATER VALLEY–Firefighters worked five brush fires over the weekend in the county contributed to by the dry and windy weather conditions.
Around 2:30 Saturday afternoon, county volunteers responded to a large fire on County Road 225 near Sylva Rena. Just minutes later city firefighters were called to a blaze in a wooded area northeast of the intersection of Daniels Drive and Grandview.
Not long after, another fire was reported on County Road 9 near Tillatoba, according to County EMS Director Frank Hyde.
Another fire on federal land in the Walker Lake area just off County Road 211 and 243 was handled by Forestry Service firefighters, Hyde said.
On Sunday afternoon just after 1:30, county and city firefighters battled a fire on County Road 14 that spread from a pile of debris being burned by a resident.
Although the county was not under any burn bans, Hyde noted, the National Weather Service had issued a Red Flag Warning early in the weekend because conditions were favorable for brush and woods fires.
“Use your head when burning,” Hyde warned, adding that it doesn’t take much for a fire to get out of control in windy weather.
If fire spreads to a neighbor’s property, you could be responsible for damages.