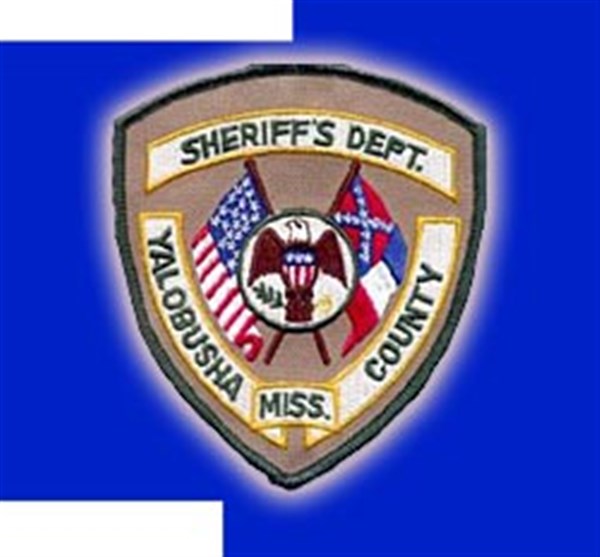 
WATER VALLEY – A routine traffic stop led to an interesting arrest last Wednesday after a man fled from his home as the stop unfolded in front of his home.
Sheriff Lance Hum-phreys reported Desmond Hervey was taken into custody after deputy Thomas West and Constable Brent Anderson stopped the vehicle at Hervey’s residence on Martin Street.
Humphreys said the driver of the vehicle pulled into Hervey’s residence and fled on foot. West had flipped on the blue lights and inadvertently hit the siren, alerting Hervey to the excitement.
Humphreys said West and Anderson split up as they chased the driver.            Anderson apprehended the driver, who was cited with misdemeanor charges, while West encountered Hervey fleeing.
“He jumped a hedgerow and ran right into me,” West told the Herald. Humphreys said a scuffle followed before West was able to restrain Hervey and discover the narcotics in his pocket.
West initially thought Hervey was a passenger in the vehicle, but determined that was not the case.
“Hervey thought his house was being raided and took off running out the back door,” Humphreys explained.  The vehicle’s driver and Hervey are not thought to be connected.
In other law enforcement news:
• Deputies made an arrest on Eckford Street for driving with a suspended license;
• A motorist received 14 citations after evading a driver’s license checkpoint in west Yalobusha County. The driver was taken into custody in Tallahatchie County.
• Deputies worked an accident on Hwy. 7, south of Coffeeville after troopers with the Highway Patrol reported their response time could be more than an hour. Humphreys said deputies had worked several accidents already this year for troopers, who are short-handed.