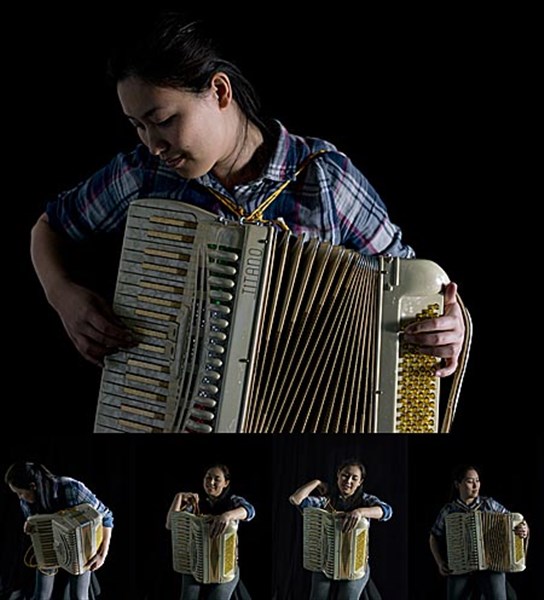 An Evening With Broken Accordions is scheduled Friday night at Bozarts Gallery and features collaborative artwork by composer Reiko Yamada (above) and photographers Carolyn Drank and Andres Gonzales. The show starts at 7 p.m. See Page 2 for full story. – Photos by Carolyn Drake 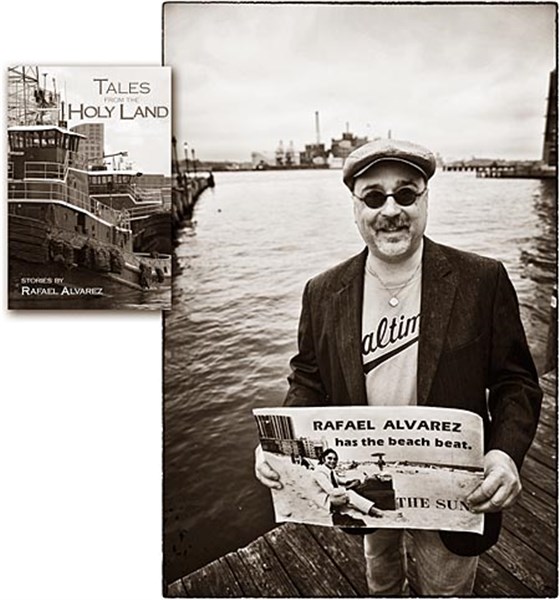 Rafael Alvarez will read from his new collection of short stories, “Tales From The Holy Land,” at Bozarts Gallery on Sunday, March 2 at 4 p.m.


WATER VALLEY–What do broken accordions, a professional music composer and internationally acclaimed photographer Carolyn Drake and Andres Gonzales all have in common?
How about a unique show at Bozarts Gallery on Main Street Friday night at 7 p.m. titled “An Evening With Broken Accordions (And The People Who Love Them).”
The idea actually started with Snooky Williams, who donated the broken accordions for the project.
Composer Reiko Yamada first tried to salvage the accordions, but decided they were not repairable. So she wrote music to match their awkward notes. She also enlisted the help of photographer partners Drake and Gonzales for the visual imagery that would accompany the work.
The first series in Friday’s show  is titled Annette, and ties a broken German accordion with sounds Yamada describes as “suffocating, breathing sounds” to the movements of artist John Davis.
That’s where the talent of Drake and Gonzales come into play. Davis’ art work was videoed, starting with the cutting of a tree to provide the wood for his work.
“It’s very, very textual, very abstract,” Yamada said about the series.
The second piece in the show is called Elvis, and features another broken accordion, this one an Italian, full-sized instrument with golden colors.
The sounds are matched to the movements of ships in a six-minute video of ships. It was shot in Turkey by Gonzales.
The third piece is a titled, “A Performance by  a Master of the Unbroken Accordion.”
This piece will be performed by professional musician Mark Yacovone and actually utilizes a fully operational accordion.
Yamada lives in Water Valley with her finance, Nicolas Trepanier, who wrote the program notes for the show.
Drake and Gonzales also live in Water Valley.


WATER VALLEY – Rafael Alvarez will read from his new collection of short stories, “Tales From The Holy Land,” at Bozarts Gallery on Sunday, March 2 at 4 p.m.
Alvarez, a former staff writer for the HBO series, “The Wire,” one time laborer on merchant ships and longtime City Desk reporter for the Baltimore Sun, is currently on tour throughout the South in support of “Tales.”
2014 National Book Award winner James McBride said of Alvarez’s work: “This is a Baltimore that most of us have never seen. Behind the marble steps, the tightly shuttered windows of the silent row houses, the chugging tugboats and worn waterfront factories, was a magical, old American city of immigrants and dreamers, drunks and gypsies, factory workers and watermen, saloon singers and bullyboys, all making it on nickels and dimes, conducting  their lives in a silent symphonic march of gallantry, courage, and quiet dignity.”
“These are Americans we rarely hear about, told by a gifted native son …”
In a recent interview with book critic Deborah Kalb of Washington, D.C., Alvarez said:  “I began calling East Baltimore ‘the holy land’ as a joke back in the days when I was a young reporter at the Sun and after the late rewrite shift would gather a bunch of friends (from inside and outside the newspaper) to join me at Miss Bonnie’s Elvis Bar (corner of Fleet and Port streets, mentioned often in my stories, the place where Basilio is struck sober on Aug. 27, 1990) and like a lot of things in my life, the fun of the joke began to morph into something more serious.
“I saw it as the most profound statement I could make about how important Baltimore – particularly the neighborhoods east of the Inner Harbor – is to me.”
Alvarez, based in Baltimore and Los Angeles, is currently at work on a screenplay titled: “The Crab Cake Wars of Baltimore,” as well as a documentary about the rosary.