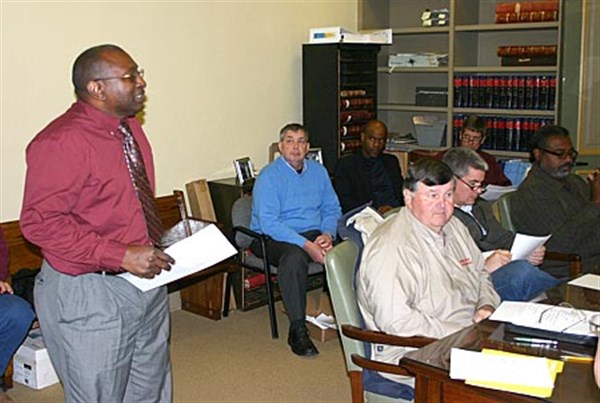 
COFFEEVILLE–Yalobusha supervisors agreed to add more gravel around the Coffeeville School District’s new gym this summer following a request from Superintendent Eddie Anderson.
The commitment came after Anderson said parking at the new gym had been a problem during basketball season as neighboring teams traveled to Coffeeville to compete, especially during tournaments hosted by the Pirates.
Other business discussed at Monday’s meeting included:
• Approved travel request from constables Randy Simmons and Brent Anderson to attend the Mississippi Constables Association’s 2014 Convention Seminar. The six-day conference will be held in June.
• Approved disability homestead amendments.
• Approved two applications for logging companies to exceed the posted weight limit while hauling timber. The applications were for Abbeville Forest Products in District 1 on County Roads 129, 222 and 79 and Johnson Timber Company, LLC in District 5 on County Roads 215, 135 and 433.
• Added the report from the jail inspection by supervisors to the minutes.
• Approved the claims.
• Entered executive session to discuss a garbage collection issue.