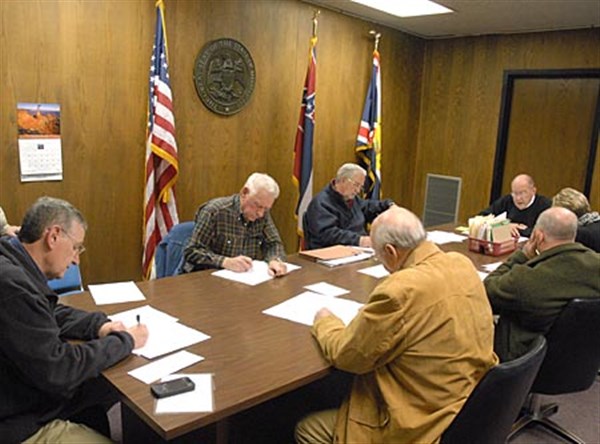 
WATER VALLEY – Delice Reese has been appointed to the Water Valley Housing Authority board of commissioners to take the place of Dollie Henderson, who has resigned.
Ray Brasher, executive director of the Water Valley Housing Authority, wrote in a letter to the mayor and board that Mrs. Dollie Henderson has served faithfully on our housing authority board since May of 1988. “Regretfully, her current health has prompted her to write the enclosed letter of resignation.”
Henderson’s resignation was accepted by the housing authority board at their meeting on Feb. 10 and the board voted to recommend Reese as her replacement.
Mayor Larry Hart told aldermen at their first Tuesday meeting last week that it would be in order to accept the board’s recommendation and appoint Reese to fill the unexpired term. Reese, a retired school teacher, will serve until May of 2018.
Among other actions at the March 4 meeting, aldermen:
• Heard a report from Water Valley Main Street Director Mickey Howley read by Mayor Hart.
The mayor noted that he was reading the report, which is normally presented in person, because Howley was in New Orleans for Mardi Gras. Hart explained that, “with my hairdo, I guess I am next in line,” a reference to both he and Howley being follicly challenged.
The national release of the BTC Cookbook is March 18, the mayor said. Off Square Books will host the meet the authors and book signing that evening.
Continuing the report, Hart said, “Water Valley will be the featured town on “Mississippi Arts Hour,” this Sunday on Mississippi Public Broadcasting. The radio program is scheduled for 3 p.m.
• Accepted an $8000 bid from Mississippi Electrical Maintenance Testing Corporation to do testing and service on transformers in the electric department’s two substations.
The transformer maintenance bid prompted a discussion of the “squirrel problem” in the city. Several recent power outages were caused by the furry rodents becoming involuntary electrical conductors and shorting out the system, according to Alderman Larry Bell.
Aldermen didn’t vote on a recommendation for a three-day open season on squirrels in the city presented by Bell.