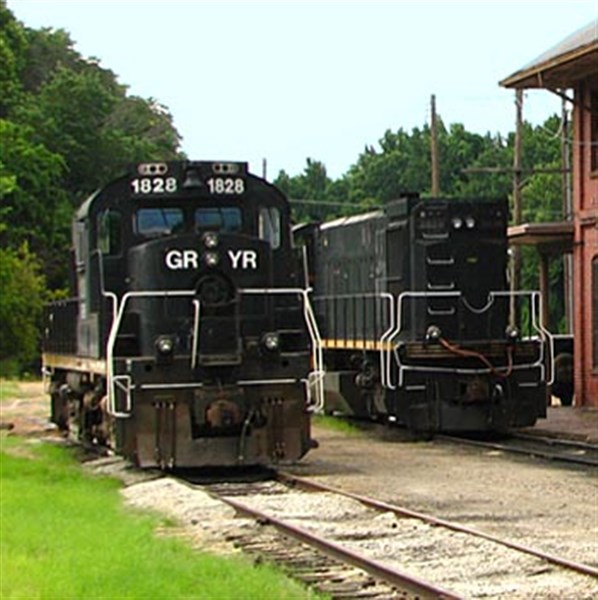 By John Howell and
David Howell


JACKSON – An omnibus bonding bill in the Mississippi legislature was amended late Saturday night to include $30 million to finance the purchase of the 187-mile railroad link from Southaven to Canton.
Representative Tommy Reynolds   said that the bill made it out of conference just minutes before the deadline for it to have died under legislative rules.
Reynolds had been one of the co-sponsors of House Bill 787 that called for $30 million in bonds to be issued to finance the rail’s purchase. That bill passed the House, but after it died in a Senate committee, House and Senate rail supporters began efforts to add $30 million to Senate Bill 2975 that also included $200 million in bond financing for  capital improvements and construction at universities and community colleges, the history and civil rights museum, highways and 28 other specific projects.
With the amendment successfully inserted Saturday night, the bonding bill was approved by both the House and Senate with strong support Monday, and included the language authorizing bonds to allow the North Central Mississippi Regional Rail Authority to purchase the line.
The bill will now go to Gov. Phil Bryant for his consideration.
Reynolds told the Herald that politics were put aside, both in the House and Senate, as the lawmakers battled for the $30 million for the railroad.
“We were able to work very well together on this,” he told the Herald.
Reynolds also stressed that securing the future for the rail line will be important for economic development for communities along the line that passes through western Yalobusha County and Oakland.
History of the Rail
Rail line owner Grenada Railway, LLC had announced in 2011 plans to abandon the southern 86-mile stretch of track between Grenada and Canton. The North Central Mississippi Regional Rail Authority (NCMRRA) was formed to purchase the route from Grenada Railway and its parent company, A and K Rail Materials. The NCMRRA was concerned that abandonment of the southern portion would eventually be followed by abandonment of the northern leg, leaving nine counties without rail service.
Grenada Railway was formed in 2009 to purchase the route from Canadian National after CN  shifted rail traffic between Memphis and Jackson to its more westerly line through Marks and Greenwood.
Reynolds said the ultimate goal is transfer ownership to a short-line railroad company willing to operate all 187 miles of track.
“There are short-line railroads that are operating with a profit all over the country,” Reynolds said.