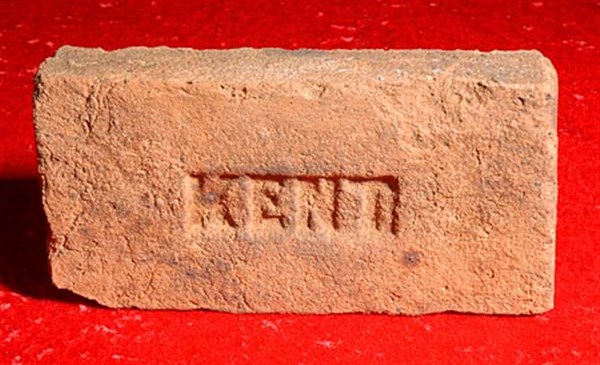 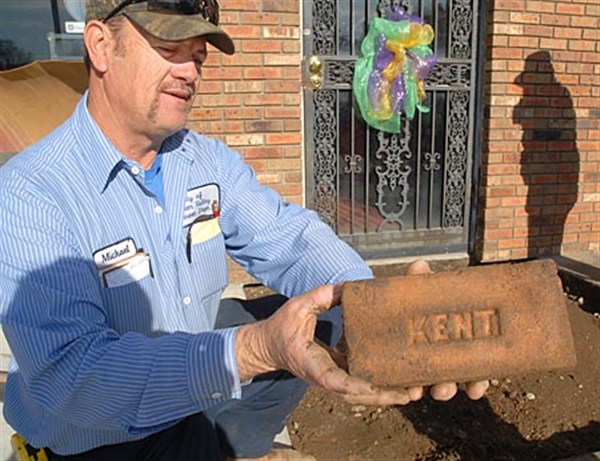 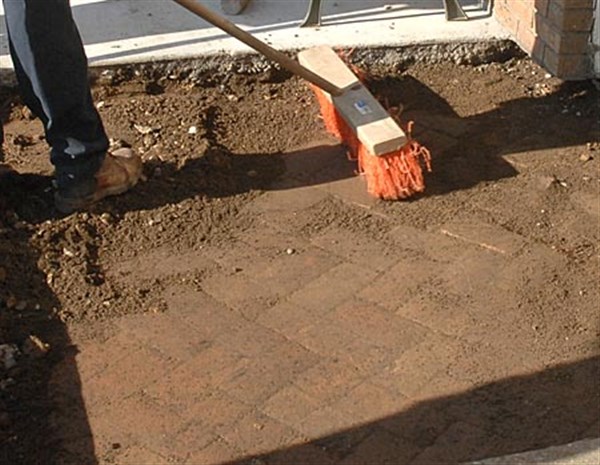 Michael Scroggins (center photo), Street Department supervisor, and his crew revealed a bit of old Water Valley Monday as they prepared to pour sidewalk on South Main Street. They uncovered a section of the old brick walk that had been laid in a herringbone pattern (bottom photo) using Kent Brick Works pavers. Although regular Kent bricks are often found in older houses, it is unusual to see the half-size Kent pavers. The company manufactured sun-dried brick here as early as the 1870s and apparently were out of business before the turn of the last century.