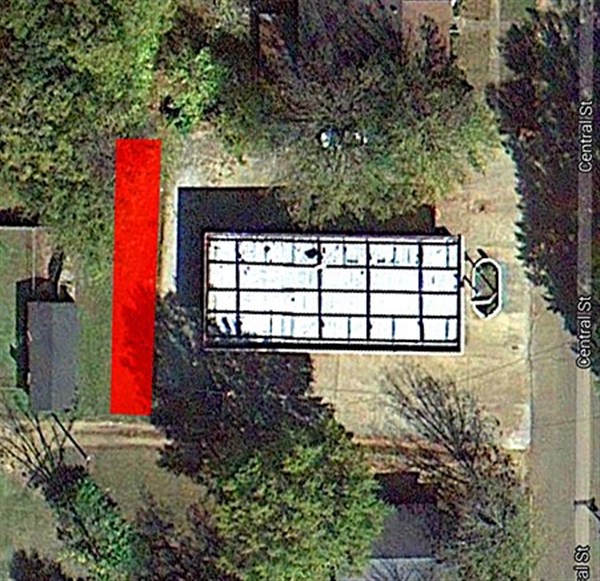 A small, .033-acre parcel located behind the Shell Station was declared surplus at last Tuesday’s city meeting in Water Valley, allowing the city to advertise for bids and sell it. 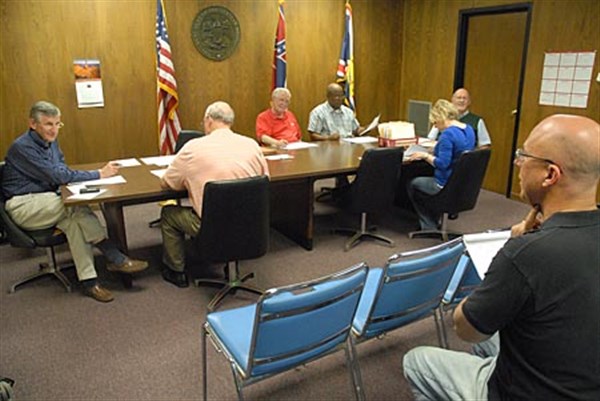 
WATER VALLEY – Who you gonna’ call if your backhoe’s busted? Broken Tractor, LLC, that’s who.
At least that’s whom city officials turned to in order to get a new axle for the busted street department backhoe.
Mayor Larry Hart told aldermen that as luck would have it, the front axle broke on the old backhoe just as the city is advertising for a new one. “I got two quotes,” said Hart, referring to the legal process required for the city to purchase anything under $50,000.
“I don’t want any snickering here,” the Mayor said as he read the name and quote from Broken Tractor, LLC, of Baton Rouge, Louisiana.
“Broken tractor sounds like what we have,” commented Alderman Phillip Tallent, which added to the chuckling from board members as they voted to purchase the axle for $6,000, about $2,000 less than the second quote.
Among other actions at the April Fools Day first Tuesday meeting, aldermen:
• Accepted a bid of $.85 per square yard for “milling up” Main Street from around the depot to First Baptist Church from J. C. Cheek Contractors, Inc. of Kosciusko, a second-generation Native American firm.
Mayor Hart said the work is expected to start in “two or three weeks.” The old asphalt surface will have to be removed before resurfacing begins. “There will be a little inconvenience for a few days,” the mayor noted. “We may even do some of the milling at night.”
• Heard a report from Mickey Howley, director of the Water Valley Main Street Association, who began by stating that the Farmers Market is upcoming. No date has been set since growers don’t expect produce until at least mid-May.
Howley told aldermen that an article about Water Valley appears in the latest issue of Preservation magazine and includes an online slide show featuring just the sign work done by local artist Bill Warren.
The BorgWarner recycling project will start in about two weeks, Howley continued. “They’ll be recycling just paper products.”
Finally, Howley said that Allyson Coleman would be the new Extension Service Agent for Yalobusha County working as a community developer. She will work with the Main Street organization, the chambers of commerce and Yalobusha economic development.
• Reaffirmed that the International Building Code is the code under which the city operates.
• Declared surplus a piece of city property that was once part of an ally running north and south between Myers and North Court Streets.
The property is 108 feet long and 13 feet wide and is land-locked, according to Mayor Hart. It borders the Shell Service Station and will be used as part of plan to add a convenience store at the location.
The .033-acre property will be advertised for bids.
• Accepted a $21,950 quote from Russell Enterprises for seal coat at the Crawford Sports Complex.
• Heard from Police Chief Mike King on the progress to install the new warning sirens. The chief told aldermen that one had been installed near the Stephens Street water tower and the other will be installed soon in the northern part of the city near the Water Valley sign where Central Street meets the Hwy. 7 bypass.
• Approved electric department write-offs totaling $7,088.
• Were informed that the city will take the Good Friday holiday on April 18.