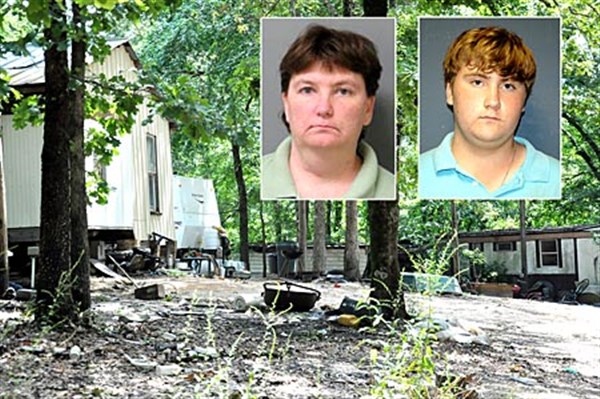 Both Dustin Davis (right) and his mom, Beverly Davis (left) were charged in June, 2011, shooting of Joe Davis. A trial is scheduled for Dustin next week.


WATER VALLEY – Two hundred and twenty-five summons for prospective jurors have been sent out for a trial scheduled to get underway next week in the Second Judicial District in Water Valley.
Dustin Davis was charged with aggravated assault and conspiracy to commit murder after allegedly shooting his father, Joe Davis, in the head with a large-caliber handgun in June, 2011. Davis was 16 at the time of the crime. Tommy Defer was appointed as a public defender for Dustin Davis.
The teen’s mom and Joe Davis’ wife at the time, Beverly Davis, was also charged in connection with the shooting. The shooting occurred on County Road 107 near the Water Valley Airport.
A trial date has not been set for Beverly Davis. The pair have been out on bond since the shooting.
Joe Davis survived the shooting and could testify in next week’s trial against his son.
A grand jury was also impaneled in the Second Judicial District on Monday, May 5, by Circuit Judge Jimmy McClure. The new grand jury is composed of 25 members, which marks a first after a new law allows up to 25. In the past, grand juries in the county included 20 members.
“This is the first time we have ever picked 25,” Circuit Clerk Daryl Burney told the Herald.