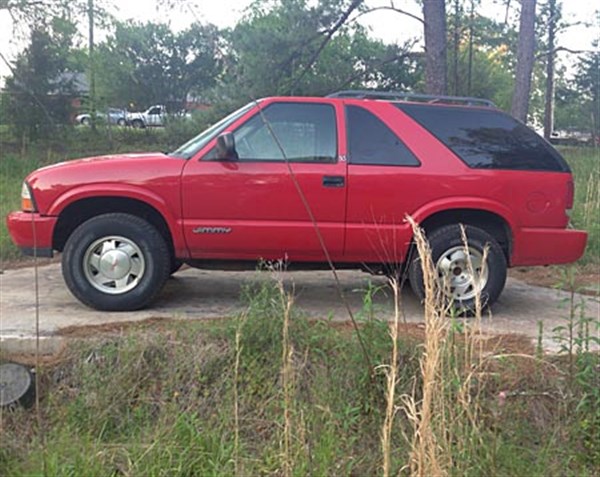 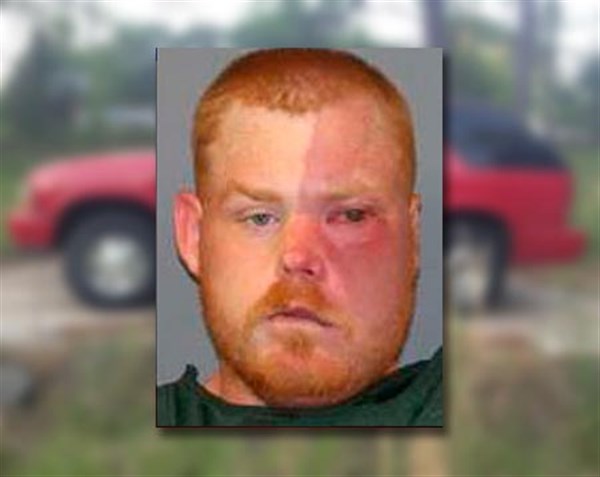 Justin Carl Walls, 23, was apprehended last Wednesday evening in Water Valley by deputies after he was linked to the red, 2001 GMC vehicle stolen from Southaven. A citizen contacted the sheriff’s department after recognizing the vehicle, which had been publicized by Memphis news agencies.


WATER VALLEY – Justin Carl Walls has been charged with a  Southaven murder after local authorities arrested him in Water Valley last week.
Walls, 23, of Southaven, was taken into custody Wednesday in the Sayle Oil parking lot just outside the city limits around 7 p.m. by Sheriff Lance Humphreys and multiple deputies.
Humphreys told the Herald that the arrest was made after a local citizen connected Walls to a vehicle wanted in connection with the murder.
“The Memphis news had released a description of the vehicle and tag number,” Humphreys told the Herald.
The victim is identified as 72 year-old Johnny F. Moore. Ironically Moore grew up in the Water Valley area before moving to Southaven. He was a retired railroad employee.
“Both officers with the Southaven Police Depart-ment and District Attorney John Champion were in the county a short time after we apprehended Walls,” Humphreys said. “He confessed just minutes into the interview,” the sheriff added.
Walls was charged with capital murder and could face the death penalty, if convicted.
The homicide was discovered on Tuesday evening, May 6, after officers with Southaven Police Depart-ment conducted a welfare check at Moore’s home at 1869 Coral Hills Drive. Memphis news reported that neighbors requested the welfare check when they did not see activity at his residence. The officers discovered blood on his carport and found his body inside the house.
Before the arrest the only link was the vehicle, a 2001 red GMC Jimmy.
“Finding the vehicle was the big break in this case,” Humphreys said.
The sheriff said Walls may have come to Yalobusha County because his father lives in the area. During the course of the investigation Wednesday night, the father was also taken into custody.
Humphreys stressed that the father, Carl Walls, was not involved in the murder, but instead had outstanding warrants out of Lafayette County. He was turned over to Lafayette deputies.
Multiple news agencies from the Memphis area have interviewed friends and neighbors of the victim, who was described as a community volunteer and great guy.

About The Take Down
Although it is sheriff department policy not to release names of people who provide tips about possible crimes, the actual tipster contacted the Herald to provide details about last Wednesday.
Tony Wiley told the Herald that Walls had showed up at his residence earlier in the afternoon.  Wiley said many people were under the assumption that Walls was enrolled in the Branch of Hope Ministry, a non-profit ministry Wiley founded in 2007 to help people struggling with addiction problems.
“I didn’t bring that guy here,” Wiley told the Herald. “He ran out of gas out on Palestine Road.”
Wiley said Walls was directed to the Branch of Hope after a lady stopped to help him and recognized symptoms of narcotics abuse.
“She gave him directions to the Branch,” Wiley said.
When he could not find the Branch of Hope, Walls drove to the Exxon Station and asked for directions again.
“They gave him directions to my house,” Wiley said.
Wiley was in Grenada when his wife called and told him a stranger was at her house.
“He made her feel uncomfortable, so I called Perry (Burkart) to come get him,” Wiley explained.
Burkart is the director of the Branch of Hope.
“We gave the guy food and took him to church, just like we would anybody,” Burkart told the Herald.
Meanwhile Wiley was headed back into town when his mom confirmed with Southaven police that the vehicle Walls was traveling in was linked to the murder.
“I called my wife and she told me (Walls) was at church,” Wiley added.
Wiley then contacted deputy David Wallis and told him he would have the murder suspect in his truck shortly. “I had David’s cell number in my phone. For the record, David advised me not too,” Wiley said. “But I just wanted to get him away from the church,” he explained.
Wiley met Walls in the church parking lot and quickly put him in his vehicle.
Wiley was able to keep the murder suspect from becoming suspicious when he explained he had a sawmill job for him.
“He thought we were headed to the sawmill,” Wiley said.
With Walls in his truck, Wiley contacted deputy Wallis again and asked him to meet him at the Exxon station “to pick up a check,” to keep from alerting Walls.
“I pulled into the Exxon station and David was right behind me,” Wiley added. “Everything went smooth.”

Checks and Balances
With Walls attending the Wednesday services with members of the Branch,  both Wiley and Burkart said word quickly spread that the Branch was housing the murderer.
“He had only been in town for a few hours,” Burkart said.
Burkart outlined stringent requirements for participants in the ministry. Participants cannot be a registered sex offender and cannot have any kind of outstanding warrants. Participants also cannot be on any type of medical prescription other than medicine for blood pressure.
“It is very rare that someone will show up on our door step,” Burkart added. Typically participants are enrolled through an outreach program or through a local church.
Burkart said when vagrants show up at the ministry, they are often offered a meal and a bed before they are on their way unless they request help and meet the criteria.
“We have checks and balances and it works,” Burkart added. “Last Wednesday was handled professionally. Our law enforcement did a good job.”
As for Walls, the trip to church last Wednesday may be the last time he visits a church.
“I asked him if he knew the Lord,” Wiley said about the short ride from the church before he was arrested.“ He said he had been baptized three times. I told him that in the future he would have plenty of time to get to know the Lord.”