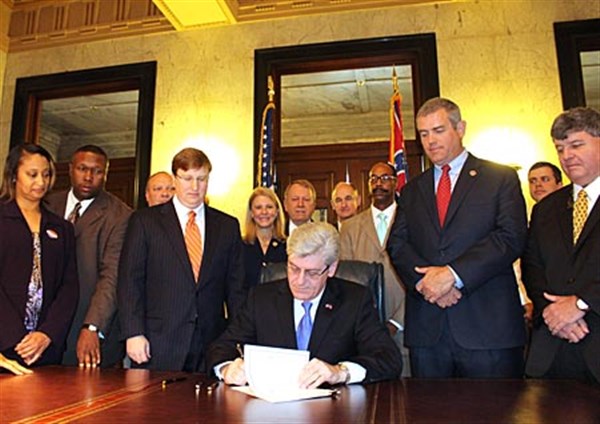 
WATER VALLEY – Four teaching positions have been eliminated because of a reduction in funds and the cost to fund teachers’ pay raises in the school district budget for the upcoming fiscal year.
The district implemented its RIF (reduction in force) policy and removed two teacher units at the high school and two at the elementary school, according to Superintendent Kim Chrestman.
The teacher units could be reinstated depending on final budget figures.
“We knew that we were going to be underfunded,” he explained. “So we were trying to prepare for that worst case scenario.”
Chrestman said that because the governor signed the bill and then let it sit on his desk for almost a week, some school districts had only two days to do the reduction in force. “Fortunately for us we had made prior plans and approved it on Monday night (May 5) and we were able to do it without having to rush.”
District Business Manager Randy Goodwin then explained the district’s financial situation including “where we’re at, where we’re going, and why we have done the things we have done so far.”
He broke down the financial figures for board members, noting that the MAEP (Mississippi Adequate Education Program) funding for the current school year is $5,880,817. Funding for next year is $5,836,123, a reduction of $44,694 under the legislature’s promise of level funding.
Add that to the estimated cost of teacher raises for the district ($167,130) and the incremental raises for years of experience ($55,710) and the total comes to $267,534 less for the upcoming school year.
Goodwin added that from fiscal year 2009 through fiscal year 2014 the district has been underfunded $3,475,000. “We could do a lot with that money,” he said.
The business manager went on to explain another factor involved in the reduction of funding is the mandatory 63 percent attendance policy. “We lost 24.62 children and that cost Water Valley School District $129,500 because kids were either not coming or not staying the required 63 percent of the day.”
Trustee Casey Washington said that parents in the district need to understand the 63 percent attendance policy. “Parents take their kids out of school and go on vacation and that affects us.”
Goodwin continued that the district levied 41.36 mills for the current school year and would levy an estimated 46.22 miles for the upcoming school year. “Right now we are levying fewer mills than any district touching us.”
The annual budget hearing is scheduled for July 7 at the district office boardroom on Markette Street.