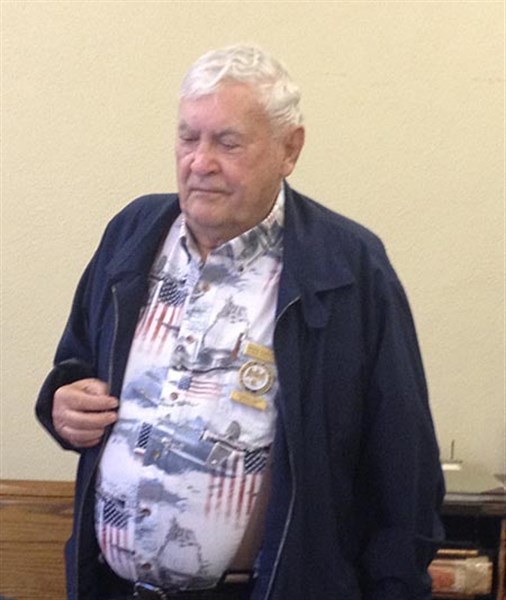 
COFFEEVILLE – Yalobusha Supervisors accepted the resignation from their Veteran’s Service Officer (VSO) after 22 years of service to the county’s veterans.
George Rounsaville thanked county  officials for the opportunity to serve local veterans and reported his health was the primary factor in his decision to retire. His comments came during a recessed meeting held last Friday in Coffeeville. Rounsaville also pointed to Mickell Dunn as his replacement, a recommendation approved by supervisors in a unanimous vote.
The VSO office provides information and assistance for veterans to obtain state and federal veterans benefits, programs and services.
In his resignation letter, Rounsaville reported he had helped almost 1,000 Yalobusha County veterans and widows compensation, benefits, pensions and medical reimbursements totalling millions of dollars.
“I had the honor to help get World War I veteran (Pat) Holloway (Sr.) a medal for service in France and World War II veteran John Kelley a medal for freedom for France,” Rounsaville reported in his resignation letter.
Rounsaville said county officials, both past and present, had supported his work during the 22 year-span to  make sure the county’s veterans were a priority.
“It has been my honor to serve the veterans and families, but it is time for me to retire,” his letter ended.
“We certainly appreciate everything you have done for our county,” Board President Tommy Vaughn said.
Vaughn’s praise was echoed by other supervisors during the meeting including Frank “Bubba” Tillman.
“I know you have done a fine job,” Tillman said, citing several examples when Rounsaville had helped his constituents.
The New VSO
Dunn is a 25-year veteran of the U.S. Army and a native of the Yalobusha County. He is also commander of the Water Valley American Legion and a member of the VFW. His training will start immediately with training approved by supervisors for a VSO School in Columbus starting on May 21.
“Mr. Dunn, if the board can help you in any way, feel free to call on us,” Vaughn added as conversation on the topic came to a close.
The position pays $9,999.96 annually with no benefits.