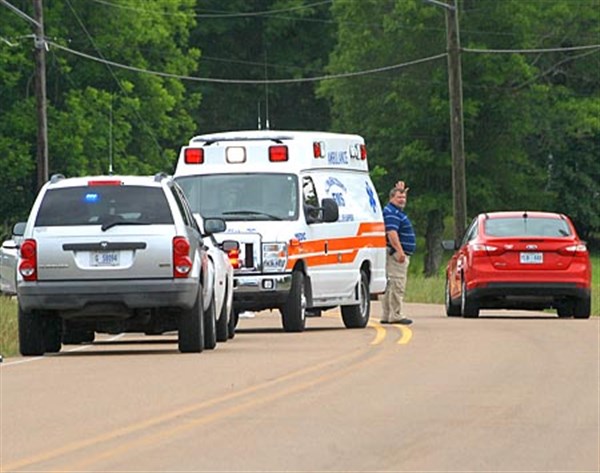 Captain Roger Thomas of the WVPD directs traffic around a stretch of South Main Street where a man was injured when he fell from a truck Thursday. 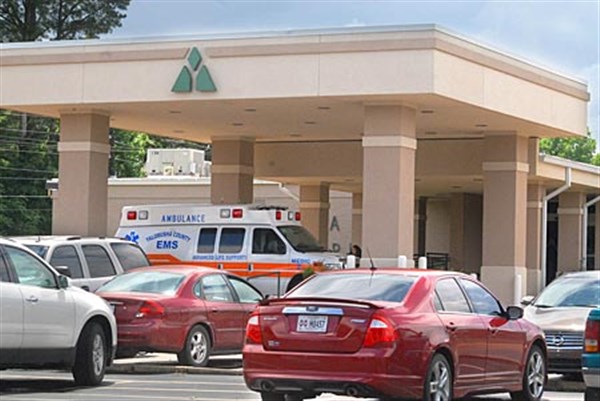 An ambulance was dispatched to the front of Yalobusha General Hospital to await the outcome of an incident involving a suicidal 52-year-old man who entered the facility and threatened to shoot himself. – Photo by Jack Gurner 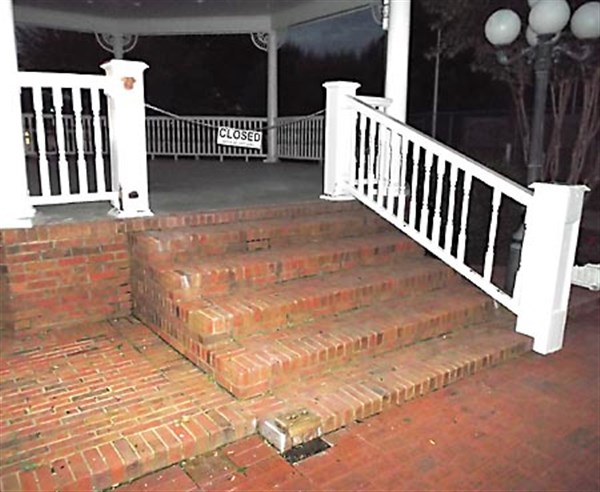 Last Thursday police investigated this damage to the gazebo in City Park as malicious mischief.

WATER VALLEY – A 28-year-old man was seriously injured last Thursday afternoon when he fell from the bed of a moving pick-up truck.