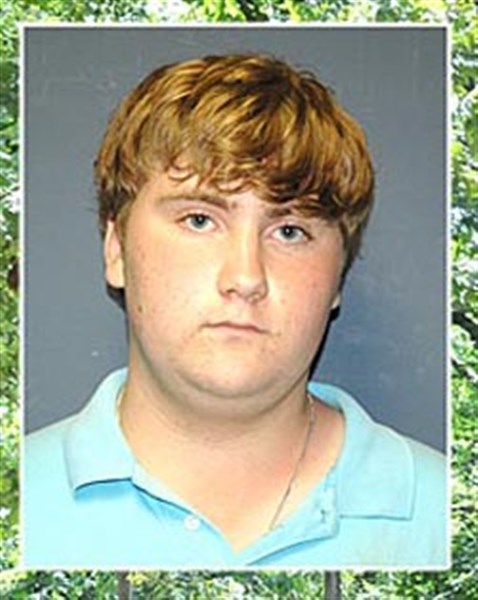 
WATER VALLEY – Three years after shooting his father in the back of the head and leaving him for dead, Dustin Davis received a five year prison sentence, plus 15 years post-release supervision.
Dustin Davis pled guilty to aggravated assault last week for shooting Joe Davis in the back of the head while he was sleeping. He was only 16 years-old when the crime was committed in June, 2011.
In imposing the sentence in Circuit Court at Water Valley Monday morning, Judge Gerald Chatham acted on the recommendation from District Attorney John Champion for the five year prison sentence, followed by 15 years post-release supervision that includes five years of monthly reporting to a probation officer and 10 years non-reporting.
The sentence followed testimony that included allegations that  Joe Davis had been abusive during the almost 20 years he was married to Beverly Davis.
In Monday’s hearing, both of Joe Davis’ former step-children alleged that abuse from Joe Davis led to physical altercations between Dustin Davis and his father, even fist fights.
Both step-children also testified that the Department of Human Services had intervened four or five different times, taking them out of the home for short periods.
That claim was refuted by Joe Davis, who claimed he had a good relationship with his son and step-children.
Joe Davis questioned the motive in the early part of his testimony, telling the judge that neither his ex-wife or son has ever shown any remorse.
“All I asked was why. None of them has shown remorse,” Joe Davis testified.
His ex-wife, Beverly Davis is also charged in the crime, but has not gone to court. She is currently out on bond and attended Monday’s sentencing.

Victim’s
Testimony
The first and only witness for Assistant District Attorney Steve Jubera was the victim. Joe Davis testified for almost five minutes, explaining how the crime had impacted his life.
“He shot me in the back of the head while I was sleeping and left me for dead,” Davis testified.
Davis said the injury landed him in the Regional Medical Center in Memphis for 30 days, followed by several weeks of rehab during the slow recovery from the traumatic brain injury.
“They had to take some of my brain out,” Joe Davis explained. “I had to start all over,” he added. He said injury had affected his peripheral vision in his left eye and his short-term memory, making it difficult to raise his 13 month-old daughter with his new wife.
Davis also testified that he had divorced Beverly Davis after the shooting.
“What was the cause of that divorce,” Jubera asked.
“The gunshot,” Joe Davis answered.
Answering questions from Jubera, Joe Davis said he had asked Champion to give his son more than five years for the crime.
On cross-examination, defense attorney Tommy Defer had a few questions for Joe Davis.
“I just want to ask you a couple of questions,” Defer explained. “We have known each other all of our lives. We went to school together,” Defer said, adding he wished they were meeting under different circumstances.
He asked if the pair had a good father-son relationship.
“Yes,” Joe Davis answered. “He wanted a race truck, just like me. So we built it.”

Testimony From
The Defense
The first witness for Defer was Joe Davis’ former stepson, now 24, who said he was three years old when his mother, Beverly Davis, and Joe Davis started their relationship.
The witness explained he was the half-brother of Dustin Davis. He told the judge that he had lived in their home, off and on, for 16 years. During that time, the witness described rocky times when he was physically abused. He testified that  alcohol was a factor in the abuse and the Department of Human Services (DHS)  intervened on four or five occasions, pulling both him and his sister out of the home. He also said his mother was abused.
The witness also testified that he left the home in March, 2011, three months before the shooting.
Defer’s last question was about the witnesse’s motive to testify.
“How difficult was it for you to come here and testify today?” Defer asked.
“It was very difficult. This was something I have been needing to do for a long time and get it off my chest and let Mr. Davis know he longer has control of me and he can quit ruining my life,” the witness answered.
During cross-examination, Jubera first asked questions to establish a time-line regarding the alleged abuse and when DHS intervened.
“Do you remember going to criminal court to testify when he did this?” Jubera asked, attempting to determine if criminal charges had been filed against Joe Davis for the claims of abuse.
“I do not,” the witness answered.
Jubera then asked the witness about his motive for testifying on behalf of his brother.
“I had been contacted by Mr. Tommy (Defer) to testify for my brother, but it was ultimately my decision to come and testify,” the witness said.
The witness added that he had talked to his mother, Beverly Davis, but only after making the decision.
The second witness was the younger former step-sibling of Joe Davis, the daughter of Beverly Davis that also lived in the home with her mother and Joe Davis while they were married.
She recounted similar experiences growing up in the household. Like her sibling, she told the court that Dustin Davis was not abused to the extent that she and her brother were.
She added that Dustin would defend them from Joe Davis, an intrusion that had led to physical altercations between Dustin and Joe Davis.
During the emotional testimony, Defer told the judge he would cut short his questions to the younger, female sibling, adding they would be redundant to early testimony from her brother.
Jubera did not cross exam the witness, prompting a five-minute recess before final comments from both sides and the sentencing.

Judge’s
Sentencing
Jubera told the judge the district attorney’s recommendation was five years incarceration in the the Mississippi Department of Corrections, followed by post release supervision plus fines and court costs.
“In essence what Mr. Dustin Davis attempted to hand down to his father was the death sentence by shooting him in the back of the head,” Jubera told the judge.
Jubera stressed that the defendant took the law into his own hands and needs to be punished.
But he also said District Attorney John Champion weighed multiple factors when determining his recommended sentence, including the findings of a phycological report on Dustin conducted after the crime and his age at the time of the crime.
Defer then asked for leniency during his final comments in the sentencing.
He said this was a case where there clearly “were no winners.”
“The testimony here today, the uncontradicted testimony, was that Dustin’s home environment was filled with abuse that he was subjected to over and over. You have heard the testimony over and over,” Defer said.
“I agree with you, you can’t take the law into your own hands. We are a civilized society,” the defense attorney told the judge.
“Everyone, at some point in time, your honor, has a breaking point. I think Dustin Davis, in June of 2011, reached that breaking point. What sentence the court should give, I don’t know,” Defer continued.
Defer closed asking for a sentence less than the recommended five years, asking the court for mercy.
Dustin Davis then took the stand for the first time in the hearing as Chatham asked questions before imposing the sentence.
“I certainly do not doubt the story and history recounted by your half brother and sister,” Chatham told the defendant.
Chatham also voiced concern that DHS dropped the ball in this case when the abuse occurred.
“If they had done their job, it would have save Mr. Joe Davis from his injuries.
Chatham also noted there was no history of alcohol or drug abuse.
“You are going to have to be punished, you can’t take the law into your own hands,” Chatham told the defendant before agreeing to the recommended sentence.
Chatham also put in his sentencing order that he will continue  counseling and taking medication.
“Dr. Lott said that was one reason that you did this. You discontinued taking your medication,” the judge said.
He also ordered Dustin Davis to obtain a job after completing his time in the penitentiary.
“I think you have qualities that can serve this county and state well at some later date,” he said.