I am writing this letter in response to the article entitled, “Sheriff’s Candidate Takes Hot Seat,” with candidate Wayne Burns. Over the past few weeks, not only Mr. Burns, but other candidates running against the present sheriff have been slamming the Sheriff’s Department, saying things that have brought attention to our county’s department. Let me make one thing clear. What happened during Steve Shuffield’s “reign” as sheriff is not Lance’s fault and he should not be blamed nor ridiculed for it. Lance is doing a wonderful job trying to build up the department that Steve destroyed.

Now as for what Mr. Burns said in the paper. First off, the Coffeeville Office is fully staffed with a secretary that works 8-5, along with full-time deputies during the day and throughout the night.

Second, money is a tight issue with every department in this county. Just because there isn’t a radio in that office doesn‚t mean that calls don’t get answered in a timely manner, because they do. People don’t understand that sometimes, other calls take precedence over theirs. If someone calls in a complaint on a vicious dog and the department dispatches a deputy, then a  911 call comes in of a kid getting shot in the midst of a drive by shooting, the 911 call has to be answered first because it is life threatening. People don’t realize how hard the officers work and how many calls a day the department takes in.

I agree that drugs in this county have gotten bad. They are destroying this wonderful county of ours and turning the future of it, which is our children, into people they shouldn’t be. The drug round-up that the Sheriff’s Department did was a rude awakening to a lot of dealers around here and Lance is on top of his game with that.

It’s a great thing to see Crime Stoppers coming back to Yalobusha County. This is something that should have never ceased. Lance and Eddie Foster are to be commended for bringing this back to Yalobusha County. Crime Stoppers, along with Neighborhood Watch helps keep property crimes, burglaries and break-ins down, and it is in the process of being placed back in the county.

Mr. Burns was not right for slamming the department we have now, and I assure you that the Sheriff’s Department needs no help managing its manpower, and the people that work for it are overly qualified. The deputies wear the required Class A uniforms, and the dispatchers wear casual but professional clothes that allow them the flexibility they need to work throughout the jail. As for him telling certain people that he won‚t hire deputies that are under 35, that is extremely out of line, even for him. Every employing agency MUST be an equal opportunity employer. It’s a law. I honestly believe that Lance has done a great job the little time he has been in office and he and his department shouldn’t be made a mockery of. 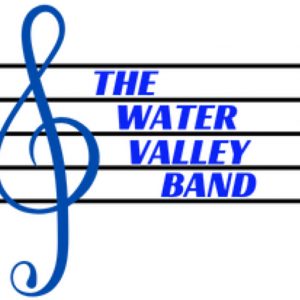