Proud Father Thanks Friends And Neighbors For Support

I would like to thank everyone for their thoughts, prayers and support while my son, Sergeant B. J. Phillips, who is in the United States Army, was overseas.

He served 12 months in Afghanistan with the 43rd Brigade and made it home safely after completing that 12 months mission. The unit arrived at Fort Carson, Colorado Springs, on Monday, March 7, 2011. A home coming ceremony was given by Fort Carson Army Base.

It was a proud and exciting moment to see my son come through the door with a smile on his face and to be able to reach out and hug him was a great feeling—to have him back in the States.

Thanks to all the men and women who have served overseas in war and who are still fighting for our country. It brings a smile to my face to know that my son is, and was, a part of that. I thank God for all of His blessings and for keeping His arms around B. J. and the 43rd Brigade—bringing them safely home.

A few weeks ago I wrote a letter expressing my concern about the illegal slaughter of deer in my own neighborhood. I soon found out from the response I got that there is great concern about the numbers of deer being killed throughout this county—both legally and illegally. Apparently, in many parts of the area, numbers have already been drastically reduced. I only want to emphasize one way where I believe this reduction in the deer population can negatively affect the whole county.

I have been primarily a land broker in the area for over 40 years. I would say that probably 75 percent or more of the land I’ve sold was to people interested in deer hunting. Deer hunters are not stupid. They carefully check out a property before buying—poor deer signs, no sale!

Thousands of acres in this area that aren’t crop land or pasture don’t bring in a dime of income. These idle acres will produce deer and have a significant value from that stand point. Poor deer hunting equals lower land value. The hunters will only buy land where the deer are. 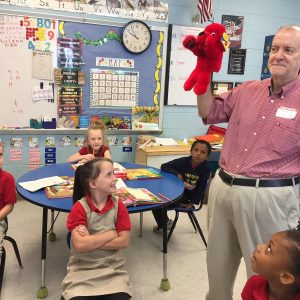